LACUNA COIL singer Cristina Scabbia has criticized “Lulu”, METALLICA‘s controversial collaborative disc with Lou Reed, saying “sometimes experiments fail.” Released in 2011, “Lulu” polarized fans around the world and earned METALLICA some of the most scathing reviews of its career. The effort featured the late THE VELVET UNDERGROUND frontman’s spoken-word poetry and lyrics combined with METALLICA‘s musical assault for a jarring experience that didn’t sound like anything METALLICA had ever attempted before. Asked by Metal Hammer magazine to name one album “that should not be,” Scabbia picked “Lulu”, explaining: “I hate to bash other people’s art, because it’s their expression and everyone should be free to do whatever they want. I really appreciate the fact that they tried to do something different. I’m convinced that they did it because they wanted to have a good time, and they wanted to experiment. But sometimes experiments fail.” During the same chat, Cristina credited METALLICA‘s self-titled 1991 album with getting her into heavy metal. “The music, the attitude, the spirit of it,” she said. “It was one of the first albums that really changed music. Before that, it was different in terms of riffs, rhythm, lyrics — everything was different.” Cristina is not the first metal musician to be publicly critical of “Lulu”. Back in 2012, MACHINE HEAD guitarist/vocalist Robb Flynn told Metalshrine: “Well, the ‘Lulu’ thing sucks. It’s fucking horrible… If those guys need to do that stuff to get their ya-yas out, that’s cool and I respect them, but eeehhh… was Lemmy not available? Was fucking Iggy Pop not available? [Laughs] I think there are so many people that might’ve been a better choice. I don’t know the dude [Lou Reed], but maybe he’s the most charismatic guy in the world, I don’t know.” The collaboration between METALLICA and Reed was sparked by their performance together of Reed‘s “Sweet Jane” and “White Light/White Heat” at the 25th anniversary of the Rock And Roll Hall Of Fame at Madison Square Garden in October of 2009. The songs were all written by Reed with extensive arrangement contributions by METALLICA. Only two songs on the album are under five minutes in length, while two are more than 11 minutes long and the closing cut, “Junior Dad”, clocks in at 19 minutes. Reed died in October 2013 at the age of 71, five months after he had a life-saving liver transplant, according to his wife, Laurie Anderson. For more, go to: Blabbermouth.net (Source)

NYC-based dance-pop artist, Michael Tapper, who was the previous drummer of We Are Scientists, Bishop Allen, Fool’s Gold and Yellow Ostrich, has a new project: Practice. He has just shared a new video for his debut single, “Sleep In My Clothes,”. The song and video were both made pre-2020 madness, and yet the themes of isolation and self-quarantine root it (maybe too much) into current reality.Tapper says, “It’s about remembering a time when you would get up and go out the door and be a go-getter, and now you get up and don’t really have anywhere to go or anything to do and you want to escape, but you’re at a loss.” Reflecting on it now, he adds, “It’s sort of how you might feel on a bad day in quarantine. But you know, sometimes connecting with a song that speaks to how you’re feeling when you’re down can feel good, too, like commiserating. And in the end, it’s kind of sad but kind of hopeful about wanting to make the world better, even if you feel kinda helpless to do so.“He adds, “Even though I had written this song and made the video well before this pandemic, that made sense to me because I wrote each during an intense […] For more, go to: TheGirlsAtTheRockShow.com (Source)

Beyoncé fans plumb the many facets of ‘Black Is King,’ from ‘Momyoncé’ to dark skin

After Beyoncé released her visual album ‘Black Is King’ on Disney+, fans flocked to social media with reactions. The praise was nuanced, specific and abundant.

We would like to present to you another installment of our Women In Music series. Today’s post is from the great Karina Denike formerly of Dance Hall Crashers and currently a member of NOFX. Every Friday in the month of June, July and now extended into August, we will bring to you a new set of video recording of a super rad lady in this scene performing a few songs. In these videos, the Karina performs “Polkadots” , see below. Karina is featured on the recently released Home Street Home musical box set and on the upcoming Frank Turner/NOFX split release titled West Coast Vs. Wessex. This series is brought to you in collaboration with the lovely Melanie Kaye of Melanie Kaye PR.

Machine Head frontman, Robb Flynn, has issued the following message in regards to the band’s previously announced rescheduled 2020 tour dates for Europe and Australia.
Says Flynn: “Hey guys, Robb here. Hope you and yours are doing well and are staying healthy through all of the craziness. “It is with…

It’s been more than three years since Fyre Festival, the ill-fated destination music fest undone by the hubris of its con-man promoter Billy McFarland, went down in metaphorical flames to the internet’s delight. But even after the pop culture zeitgeist has moved on and the multiple Fyre documentaries have disappeared out of most people’s streaming… 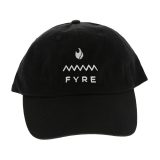 15 music gems you can hear in the ‘Mortal Kombat’ series

Mortal Kombat has been a titan of the gaming industry since the first title was released in 1992. It’s been both slammed by critics for its violence and beloved by fans for the deep lore of the story. One thing is for certain: Creators Ed Boon and John Tobias have handed gaming one of its […]

The post 15 music gems you can hear in the ‘Mortal Kombat’ series appeared first on Alternative Press.

Review: ‘The Go-Gos’ get the kind of catchy, layered documentary every ’80s icon deserves

Robert Plant recently announced Digging Deep: Subterranea, a journey through his solo recordings, from Pictures At Eleven in 1982 through to three new unreleased, exclusive tracks. Listen to the previously unreleased song, “Charlie Patton Highway (Turn It Up – Part 1)”, below.
The album will be available on beautiful limited edition…

Duo struggle to stay on their feet in a convulsing house For more, check out: RollingStone.com (Source)