Darius Koski of Swingin’ Utters has released a two song single called Off With Their Heads. It features two new songs, “Off with Their Heads” and “My Every Notion” and is available digitally as well as on 7-inch vinyl via Fat Wreck Chords. Darius Koski released What Was Once Is By And Gone in 2017. Check out the songs below.

All this as the band went back on the road for the first time in two years. Continue reading… 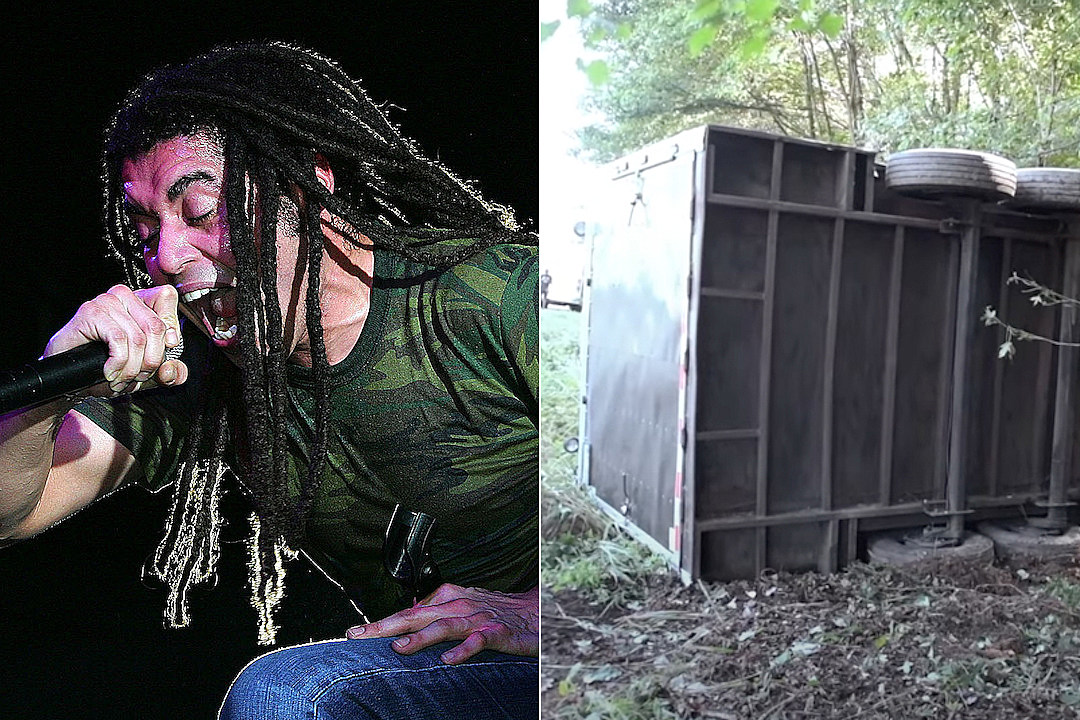 SLIPKNOT closed out Riot Fest, one of Chicago’s best independent homegrown events, at Douglass Park on Sunday (September 19). Fan-filmed video footage of the performance can be seen below. The Riot Fest show came two weeks after SLIPKNOT played its first concert in 18 months on September 4 at the Rocklahoma festival in Pryor, Oklahoma. The gig marked the debut of SLIPKNOT frontman Corey Taylor‘s new mask, which he had been working on for the past few months. This past May, Taylor spoke to Andy Hall of the Des Moines, Iowa radio station Lazer 103.3 about the evolution of SLIPKNOT‘s masks and what fans can expect to see during the band’s current touring cycle. “The mask has been a part of us forever,” he said. “The mask is king. And for us, especially people like me and Clown and the guys in the band that really allow those masks to evolve, it’s important for it to be a reflection of who we are in that music. And I can tell you that the mask I’m working on is very disturbing. It’s gonna be hard to look at. And it’ll probably be my favorite mask that I’ve ever put together. It’s little bits and pieces of things that have intrigued me, of masks that I’ve had in the past. And it’s gonna have a devil-may-care kind of terror to it, let’s put it that way.” Corey worked on his previous mask with special effects legend Tom Savini, whose extensive career in the film industry and especially the horror genre dates back to the late 1970s, including in such films as “Friday The 13th”, “Dawn Of The Dead”, “From Dusk ‘Til Dawn” and many others. The other members of SLIPKNOT performed with their current masks for the first time in May 2019 when they appeared as the musical guests on “Jimmy Kimmel Live!” During a 2017 appearance on an episode of Viceland‘s “The Therapist”, Taylor was asked about the significance of wearing a literal mask when he is performing with SLIPKNOT. He responded: “With SLIPKNOT, at least for most of us in the band, the mask is part of the art — it’s not just the visual and the shock; it’s a representation of who I am in that album. So, for me, it’s as natural as having a different hairstyle for one album and tour cycle, wearing different clothes for an album and tour cycle. It’s a part of the dynamic. It’s one of the things that you look forward to. Not just writing the songs, not just putting the music together, not just putting the visuals together, but what… who am I in this album?” Corey spoke about the changes in the SLIPKNOT bandmembers’ masks in a 2014 interview with Metal Mania Radio. “With every album, some of us have evolved our masks more dramatically than others, but there’s always a difference, they’ve always changed a little bit… This band evolves with every album, and it just makes sense that our masks [would as well], because we’re not the same people. It’s not something that we sit down and we talk about as a group, we just kind of do it. As unified as we all are, the mask is really something that we trust each other to do individually and we trust them to do the right representation.” This past June, SLIPKNOT announced the 2021 incarnation of the “Knotfest Roadshow”. Support on the trek will come from three Grammy-nominated heavy music luminaries, KILLSWITCH ENGAGE, FEVER 333 and CODE ORANGE. The 28-date run, produced by Live Nation, kicks off following the band’s previously announced Knotfest Iowa hometown show in Des Moines on September 25. The “Knotfest Roadshow”‘s first official date happens at Tinley Park, Illinois on September 28, with the tour then snaking its way across the U.S., wrapping up in Arizona in early November.

The show marked the unofficial debut of new touring drummer Steve Jordan, and the live premieres of “Troubles a-Comin'” and “Living in a Ghost World” For more, check out: RollingStone.com (Source)

Guitarist James “Munky” Shaffer, who sat out some of KORN‘s shows after being diagnosed with COVID-19, rejoined his bandmates on stage this past Saturday night (September 18) at Germania Insurance Amphitheater in Del Valle (a southwest Austin suburb), Texas. Fan-filmed video footage of the concert can be seen below. Shaffer was temporarily replaced by J.R. Bareis, who is also in the band LOVE AND DEATH with KORN guitarist Brian “Head” Welch. Bareis previously stepped in for Shaffer in August 2019 when Munky was forced to miss several KORN shows due to the impending birth of his child. Shaffer was second member of KORN in a month to test positive for COVID-19, the disease caused by the novel coronavirus. In early August, singer Jonathan Davis contracted the virus, forcing the postponement of six dates and cancelation of two on KORN‘s current U.S. tour. At some of KORN‘s shows, Davis had been taking a seat on a custom throne near the drum riser due to lingering effects of his bout with COVID-19. In video footage of KORN‘s August 27 concert in Tinley Park, Illinois — his first gig back after revealing his positive diagnosis — Davis could be seen walking slowly around the stage, coughing and appearing to take a minute to catch his breath. According to TMZ, Davis also took occasional hits from an oxygen tank set up near this throne. Bareis was not the only session musician to play with KORN on the current tour. Bassist Roberto “Ra” Díaz (SUICIDAL TENDENCIES) is filling in for Reginald “Fieldy” Arvizu after Fieldy announced in June that he would sit out the trek in order to “heal” after “falling back” on some of his “bad habits.”

Full of Hell have released a video for their new song “Eroding Shell”. The video was created by Frank Huang. The song is off their upcoming album Garden of Burning Apparitions due out October 1 via Relapse Records. Full of Hell released Weeping Choir in 2019. Check out the video below.

Full Of Hell return with their new album, Garden Of Burning Apparitions, out October 1 via Relapse Records on CD/LP/CS/Digital. Pre-order here.
Today, the band shares shares the new “Eroding Shell” music video. Frontman Dylan Walker comments: “’Eroding Shell’ is about living in fear of the…

Lee details how he came to start writing and when we'll see his life-spanning book. Continue reading… 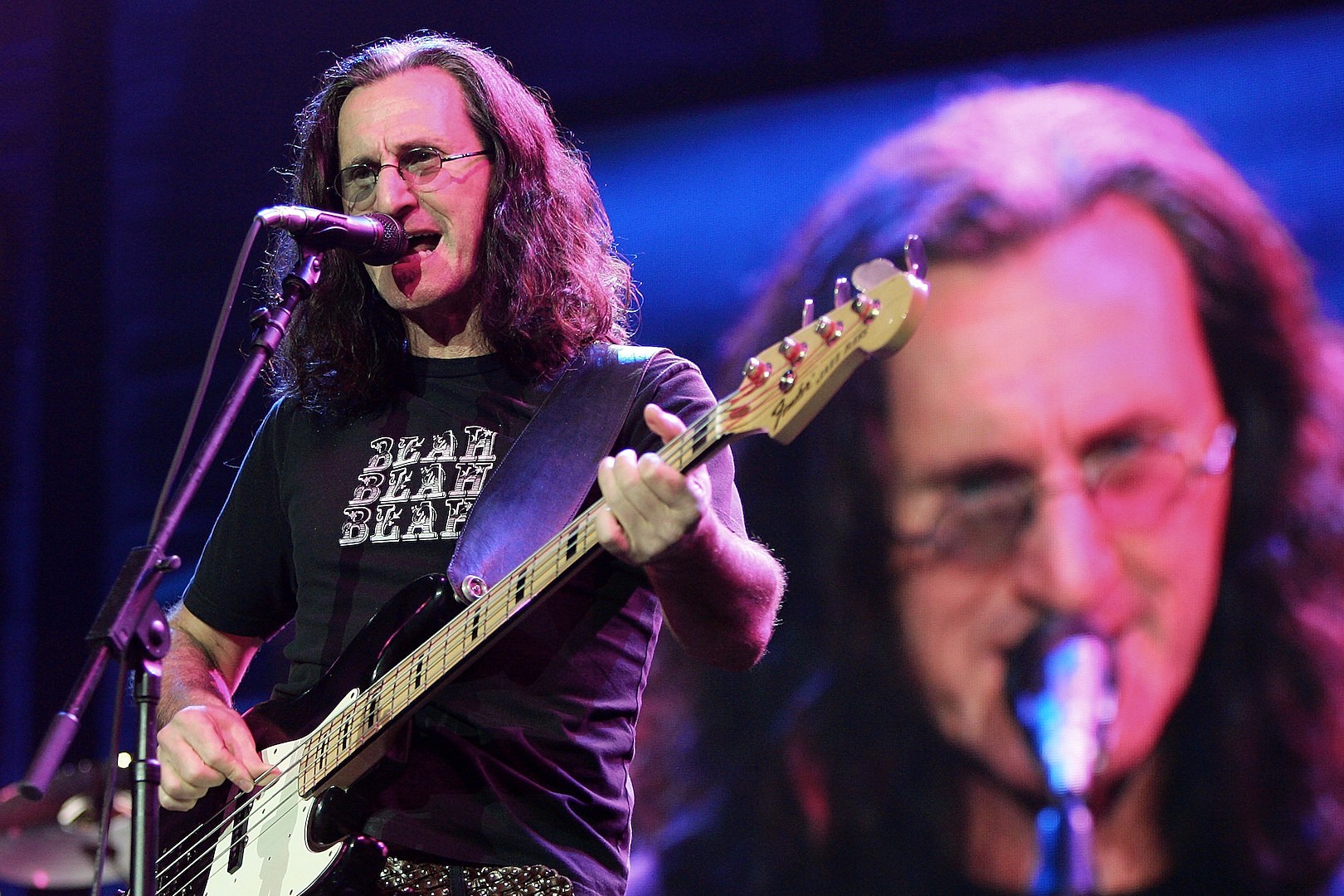