“You need to be able to stare into the abyss”: Transylvania’s Dordeduh make peace with their past

Society 1 will join Static-X on tour when they bring more of its self-proclaimed “Evil Disco” to the masses with their Rise Of The Machine North American tour in 2022. The 37-date run, produced by Live Nation, kicks off on February 21 in Portland, Oregon. Society 1…

32 Couples Were Married This Past Weekend at Riot Fest 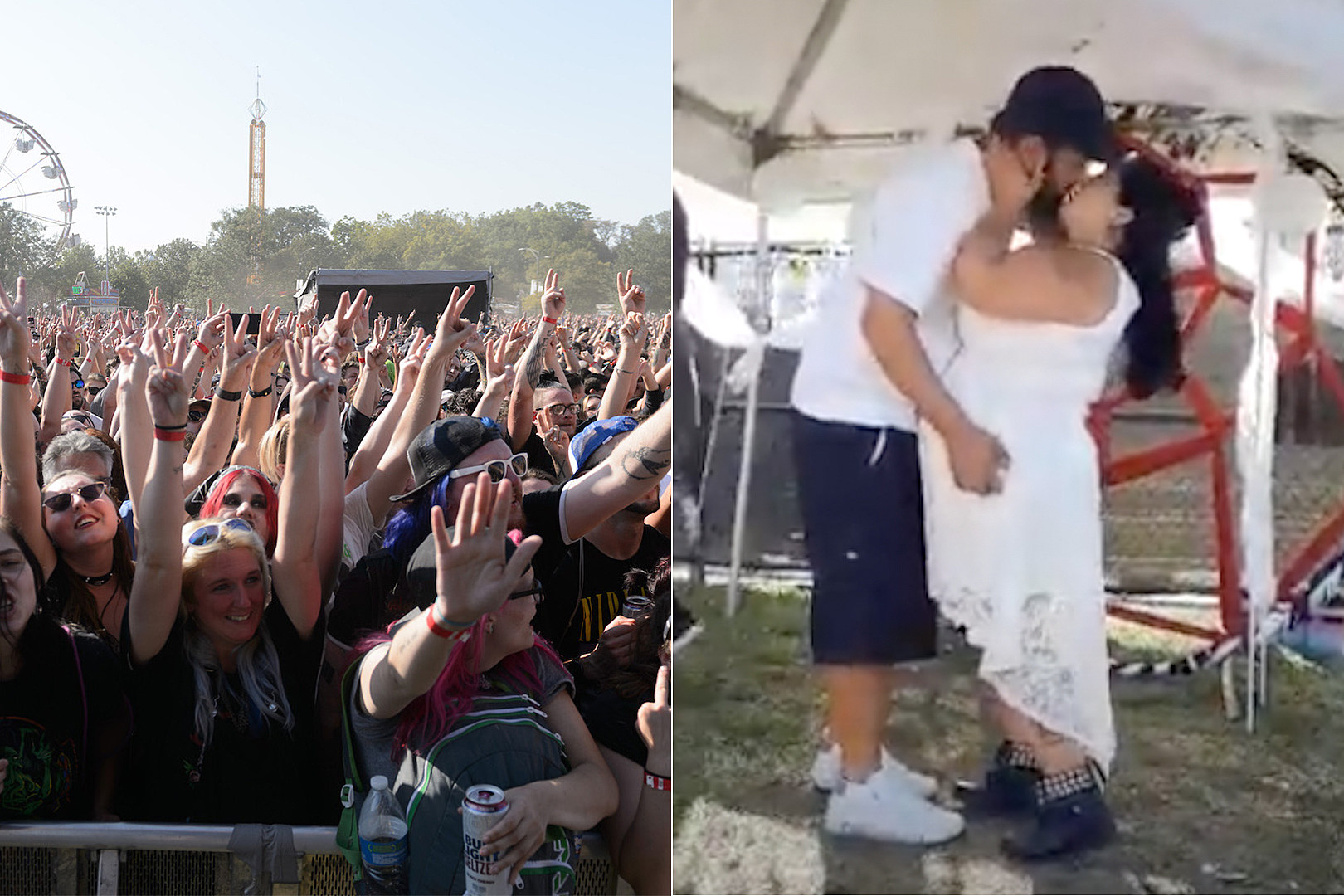 During the first week of September, NONPOINT was on tour for the first time in two years. While traveling from one show to another, the band’s trailer unhitched and crashed into a wooded area, damaging equipment and merchandise. While all of this was going on, two of the bandmembers also contracted COVID-19 and had to leave the tour altogether. “If someone hadn’t been filming when it all happened, people probably wouldn’t believe it,” singer Elias Soriano says about the band’s most taxing and obstacle-filled week in years. You thought it couldn’t get worse than 2020 and dealing with COVID? How about watching your trailer full of gear roll off into a Tennessee forest at 75 miles per hour? Watch the video update below to get the full story, and then visit www.nonpoint.com for the chance to purchase an exclusive design to help with offsetting shortfalls and damage from the band’s brush with COVID as well as the accident with their trailer. Last week, NONPOINT rescheduled just under a dozen shows on its current tour after “multiple members of the band” tested positive for COVID-19. Prior to the launch of the trek, Soriano told Bernard Cana of The Photo Pit about his band’s plans to offer “VIP experiences” to its fans on the tour: “I’m nervous because of what’s going on with COVID, to be able to be that up close and personal on this next run. We’re having a VIP experience where we’re trying to give them some kind of experience where they get to see us up close and ask questions and take pictures with us without possibly catching it from one us, God forbid — if we happen to catch it. So, what we’re trying to do and what we’ve done and decided in our camp… We’re all vaccinated. We’re gonna stay inside the bubble. We’re gonna make sure that the backstage area is pretty much situated and taken care of, keep our crew — especially our tour manager and our merch person, who’s really gonna be in and out the crowd a lot, try to keep them safe and keep people around them masked up, hopefully, if there’s that ability to do so. “Our fans are very understanding; they always have been for years,” he continued. “So I think they’ll understand what we’re having to deal with. I’m hoping to God that [the pandemic situation] starts to turn around very, very fast, but if it doesn’t, we already have a very, very strong Plan B that’s gonna keep our fans very excited and happy that isn’t gonna cost ’em an arm and a leg.” NONPOINT has toured with major acts like DISTURBED, PAPA ROACH, MUDVAYNE and SEVENDUST, to name a few. They have also been featured on the main stages and support stages of iconic festivals like Soundwave, Rock Am Park, Rock Am Ring, Ozzfest, Rock On The Range, Welcome To Rockville and many more. In June, NONPOINT released the music video for “Ruthless”, the title track off the band’s upcoming EP. The single was made available through the group own label 361 Degrees Records LLC and was this year’s featured track on AEW‘s “Blood And Guts” on TNT. NONPOINT launched its independent record label 361 Degrees Records LLC in January of this year. They filmed the process of starting the label and making new music in a docu-series titled “A Path To Independence” that can be seen on the band’s YouTube and official web site. 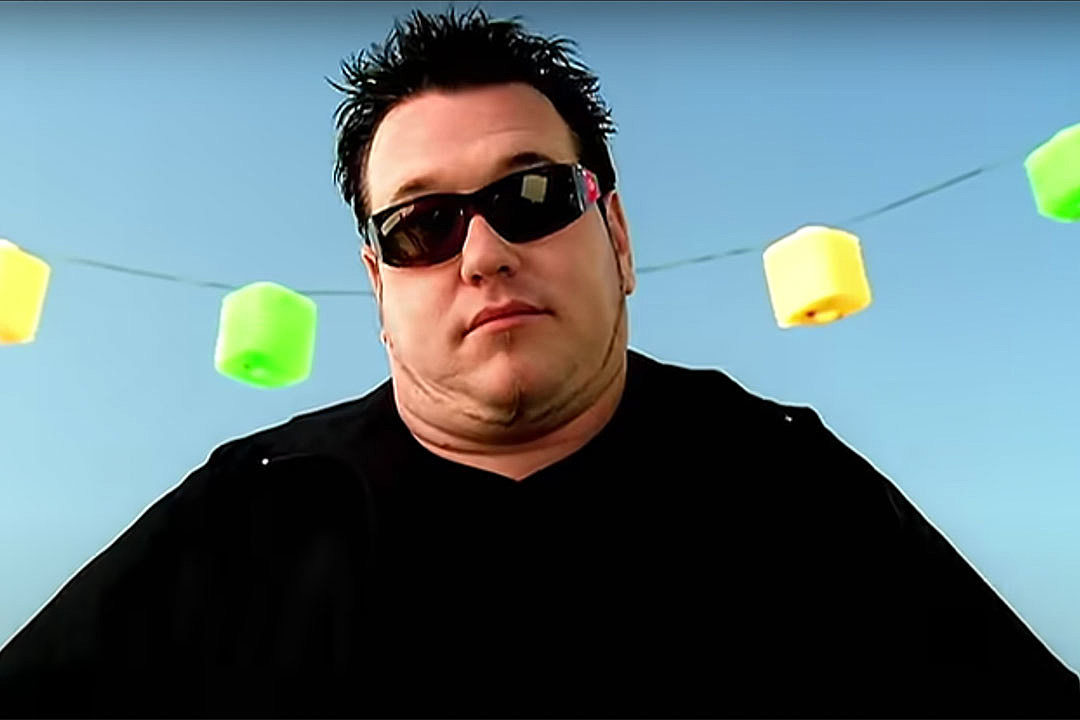 Nineties Country Is Blowing Up With Gen Z Listeners. Spotify Wants to Meet the Demand

The streaming service dives deep into the polished sounds and high hair of the decade with a new campaign built around the hits of Alan Jackson, Reba, Shania Twain and more For more, check out: RollingStone.com (Source)

MUDVAYNE has canceled its appearance at this weekend’s Louder Than Life festival in Louisville, Kentucky after the band’s singer Chad Gray and “a few staff members” tested positive for COVID-19, the disease caused by the novel coronavirus. MUDVAYNE shared the news of the cancelation in a social media post earlier today. The band wrote: “After taking every precaution to follow CDC Covid protocols during rehearsals and recent performance Chad Gray and a few staff members have unfortunately tested positive for Covid-19. “The safety of our organization, fans and festival partners must come first. We are left no choice but to cancel our performance at Louder Than Life this weekend. “Apologies to all the fans attending the festival this weekend. We look forward to getting everyone healthy and ready for our Aftershock and Welcome To Rockville performances later this year. “We appreciate your love & support throughout these unprecedented times.” MUDVAYNE played its first show in 12 years on September 11 at the Inkcarceration Music & Tattoo Festival in Mansfield, Ohio. The band is still scheduled to appear at two more festivals this fall: Aftershock (October 7-10 in Sacramento, California) and Welcome To Rockville (November 11-14 in Daytona Beach, Florida). MUDVAYNE formed in 1996 and has sold over six million records worldwide, earning gold certification for three albums (“L.D. 50”, “The End Of All Things To Come”, “Lost And Found”). The band is known for its sonic experimentation, innovative album art, face and body paint, masks and uniforms. MUDVAYNE is Chad Gray (vocals), Greg Tribbett (guitar, backing vocals), Matthew McDonough (drums, synthesizer) and Ryan Martinie (bass). It’s been more than a decade since MUDVAYNE released its self-titled fifth album and little had been heard about the group during that time. Gray has spent the past 15 years fronting HELLYEAH, which released its sixth studio album, “Welcome Home”, in September 2019 via Eleven Seven Music. The disc marked the group’s final effort with drummer Vinnie Paul Abbott, who passed away more than three years ago. In 2018, Tribbett said that fans who are calling for a MUDVAYNE reunion “just need a little more patience.” He explained: “We’re all flattered that everybody still wants MUDVAYNE to tour and do a new record and come out and do all that stuff. The thing is is that everybody is in three different bands and kind of doing their own projects, and there’s no time for that right now.” Tribbett‘s most focus was AUDIOTOPSY, which released its second full-length album, “The Real Now”, in November 2018 via Megaforce Records. He is joined in that band by MUDVAYNE drummer Matt McDonough, SKRAPE vocalist Billy Keeton and bassist Perry Stern. MUDVAYNE did not tour behind its fifth album, which was barely promoted and sold weakly upon release. Gray previously expressed skepticism about the possibility of a MUDVAYNE reunion, noting in a 2015 interview that “the only way I personally would want to do MUDVAYNE is if everybody licked their wounds and got over it.” Tribbett was also part of HELLYEAH with Gray but was fired from that band in 2013. Asked in Revolver magazine if Greg‘s exit from HELLYEAH hit him especially hard, seeing as the two of them started off playing together in MUDVAYNE, Chad said: “Yeah, man. He has always been my right-hand man. He’s been the back I look at when I’m writing songs and the sounding board for my ideas. When everything went sideways, it was like losing a great friend. I was filled with fear and I had mixed emotions. At first, I was, like, ‘Goddamn, I don’t know if I’m ever gonna be able to do this without him.'”

Upcoming graphic novel based on the musician’s 2019 album of the same name For more, check out: RollingStone.com (Source)