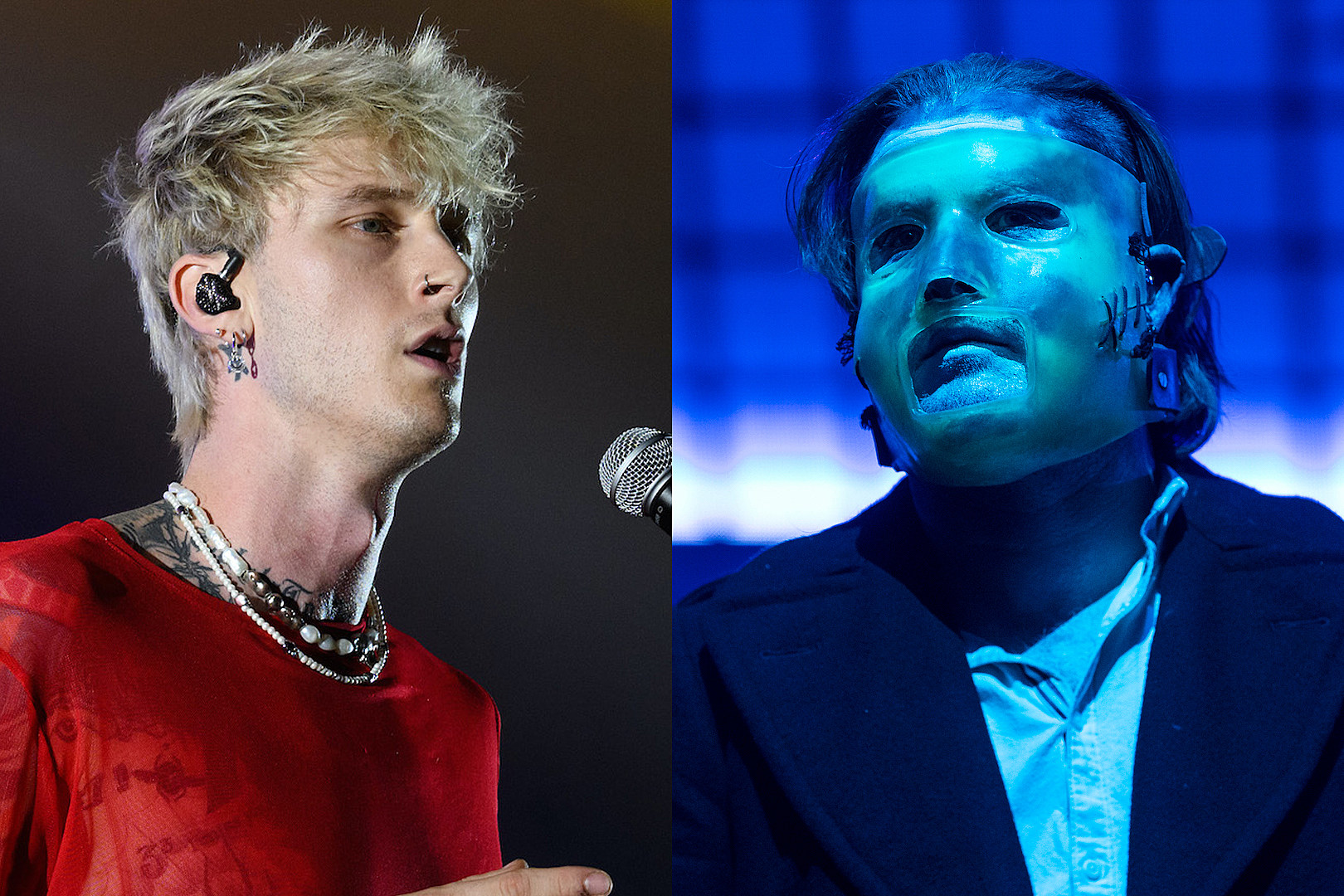 Sepultura’s Derrick Green: “I knew there would be backlash when I joined”

Sepultura frontman Derrick Green offers his life lessons on veganism, the art of persuasion and the necessity of pre-bed talk

Metallica performed a surprise pop-up concert at Metro in Chicago last night (Monday, September 20). It was the band’s first show at the venue since 1983. Check out video from the show below.
Setlist: “Whiplash” “Ride The Lightning” “Harvester Of Sorrow” “Cyanide” “Through The Never” “One” “Sad But True…

As part of its buzzed-about North American headlining tour, “The Hun Tour”, globally acclaimed Mongolian rock sensation THE HU roared into New York City for a sold-out show at Irving Plaza this past Saturday night (September 18) in front of an audience of devotees, including Whoopi Goldberg, actress and co-host of ABC-TV‘s long-running hit talk show “The View”. Whoopi also came backstage to hang with the guys and express her deep admiration for them. Known for their electrifying performances, THE HU will be on the road through October 31 with upcoming sold-out shows in Los Angeles, Seattle, Denver, Minneapolis and Flint (recent gigs in New York, Baltimore and Munhall were sold out). Read an exclusive question-and-answer session here with THE HU as they talk about returning to the stage for the first time since the start of the pandemic and their experience dealing with its repercussions from a global standpoint. The band also discusses their excitement on reuniting with Lzzy Hale; being included as part of METALLICA‘s 30th-anniversary reissue project; and the creation of new music. Founded in 2016 in Ulaanbaatar, Mongolia, THE HU, comprised of producer Dashka along with members Gala, Jaya, Temka and Enkush, is a modern rock group rooted in the tradition of their homeland. The band’s name translates to the Mongolian root word for human being, and their unique approach blends instruments like the Morin Khuur (horsehead fiddle), Tovshuur (Mongolian guitar), Tumur Khuur (jaw harp) and throat singing with contemporary sounds, creating a unique sonic profile that they call “Hunnu Rock.” Their debut album, 2019’s “The Gereg”, was released via Better Noise Music and debuted at No. 1 on the World Album and Top New Artist charts. With it, the band have accumulated over 250 million combined streams and video views to date and have received critical acclaim from the likes of Billboard, NPR, GQ, The Guardian, The Independent, Revolver and even Sir Elton John himself. Proving their global appeal, THE HU has sold out venues across the world in North America, Europe, Asia, and Australia, with scheduled festival appearances at Coachella, Lollapalooza, Download and more, creating a community of fans from all walks of life. They’ve quickly grabbed the attention of the industry, leading to collaborations with Jacoby Shaddix of PAPA ROACH and Lzzy Hale of HALESTORM. Most recently, the band received praise from fans and critics for their Mongolian rendition of METALLICA‘s “Sad But True” (as part of Better Noise‘s “15 Years Of Rock” series), which METALLICA themselves acknowledged on their social media accounts and enlisted them to be part of their special 30th-anniversary “Black Album” reissue covers project with a cover of the song “Through The Never”. The band has also explored eclectic ways to reach audiences with its sound, most notably writing and recording music for EA Games‘ “Star Wars Jedi: Fallen Order”. Readying its next chapter as a global force, THE HU is finishing its highly anticipated sophomore album, which was recorded in the band’s homeland during quarantine. The project is expected to be released in early 2022 via Better Noise Music. Photo credit: Tuga Namgur For more, go to: Blabbermouth.net (Source)

VENDED, the band fronted by Griffin Taylor, the son of SLIPKNOT and STONE SOUR singer Corey Taylor, has just released its debut single, “Asylum”. The visceral new track is powered by the pummelling rhythm section of Simon Crahan (son of SLIPKNOT percussionist Shawn “Clown” Crahan) and Jeremiah Pugh (bass), the ferocious guitar work of Cole Espeland (lead guitar) and Connor Grodzicki (rhythm guitar). VENDED will play major live shows in the coming weeks when it opens the bill at both Knotfest Iowa and Knotfest Los Angeles. VENDED‘s fresh and unique sound heralds in a new era and the arrival of the next generation of brutality to hail from Des Moines, Iowa. Formed in February of 2018, VENDED exhibits a furiously heavy sound built upon the foundations laid by the speed, power and precision of the rhythm section, layered with ferocious guitars, soul crushing solos and gutteral-yet-melodic vocals that portray the hardships and the harsh realities of life. VENDED had its first mainstream exposure in 2020 when they performed as part of Knotfest.com‘s virtual “Pulse Of The Maggots” festival. Their live performance, filmed at The Electric Theatre, has clocked up over 100,000 views on YouTube and garnered the band a swathe of new fans from around the world, eager to hear more from the five-piece. VENDED played its first headlining show in March at the iconic local club Vaudeville Mews in Des Moines, Iowa. Griffin, who looks a lot like his father, previously showcased his skills when he joined Corey onstage during STONE SOUR shows in 2017 and 2018. According to The Pulse Of Radio, he’s also played cover tunes with Simon Crahan, while Clown‘s daughter Alexandria Crahan-Conway has snapped some of VENDED‘s previous press pics. Left to right in photo: Cole Espeland (lead guitar), Griffin Taylor (vocals), Connor Grodzicki (rhythm guitar), Simon Crahan (drums), Jeramiah Pugh (bass). Photo credit: Michael Watson

Ready or Not: The Fugees to Reunite for Tour Celebrating 25th Anniversary of ‘The Score’

Fall shows will mark the hip-hop outfit’s first in 15 years For more, check out: RollingStone.com (Source)

Teramaze release video for new single And The Beauty The Perceive

The Drowns have announced tour dates for this fall. They will be touring the West Coast of the US. The Drowns released Under Tension in 2020. Check out the dates below.

“Lanterna” is the second in a series of brand new tracks from Big Big Train. Having already released the album Common Ground this year, the band also recently unveiled another new track, “The Connection Plan”. In the lead up to their 2022 tour, the band intend to release more material…