BROCKHAMPTON are back with another captivating visual from their latest album ROADRUNNER: NEW LIGHT, NEW MACHINE, which debuted last week. This time around, the group enlisted the help of Lil Nas X and frequent collaborator Dominic Fike to star in the trippy new video for “COUNT ON ME.” In the visual, Lil Nas X and […]

LED ZEPPELIN: The Biography By BOB SPITZ To Arrive In November

Penguin Press has set November 9 as the release date for author Bob Spitz’ new book, Led Zeppelin: The Biography. A description follows:
From the author of the definitive New York Times bestselling history of The Beatles comes the authoritative account of the group Jack Black and many others call…

CHAI are in the middle of a rollout for their latest album, WINK, which is out next month, but today they’re taking a break from all that to share a non-album track called “Let’s Love,” which serves as the theme song for the anime show Dinosaur Biyori, which is airing in Japan now. “Let’s Love” is bright and playful and when the chorus hits, you can hear how it would be perfect as a theme song. It comes with a colorful video directed by Mirai Mizue. Check it out below.

In a new interview with Germany’s Radio Bob!, THE OFFSPRING guitarist Kevin “Noodles” Wasserman was asked if he and his bandmates have considered staging a livestream concert during the coronavirus pandemic. He responded (as transcribed by BLABBERMOUTH.NET): “Yeah, but we’d wanna make it a real spectacle. We wouldn’t wanna do something that just comes across as some guys playing on YouTube. There are some of these that are done really well and some of these that are not so interesting to watch. Especially if you’re gonna charge people for a livestream, you wanna make sure it’s really done well. So, yeah, we’re discussing all of that. We’re also very hopeful that with the advent of the vaccines and getting the vaccines out to everybody that the virus is gonna slow to a point where we can start gathering again in groups. And fingers crossed, we’re gonna be coming your way hopefully before the end of the year.” THE OFFSPRING‘s tenth studio album, “Let The Bad Times Roll”, will arrive on April 16 via Concord Records. The follow-up to 2012’s “Days Go By” was once again produced by Bob Rock, who also worked on the band’s last two LPs. Singer Bryan “Dexter” Holland, Noodles, drummer Pete Parada and new bassist Todd Morse wrote and recorded “Let The Bad Times Roll” in the last few years at various locations, including the band’s studio in Huntington Beach, California. In December, THE OFFSPRING released the official music video for its Rock-produced cover version of “Christmas (Baby Please Come Home)”, a rock song originally sung by Darlene Love and included on the 1963 seasonal compilation album “A Christmas Gift For You” from Phil Spector. Last April, THE OFFSPRING jumped on the “Tiger King” bandwagon by recording a cover version of THE CLINTON JOHNSON BAND‘s “Here Kitty Kitty”, a song made popular by Joe Schreibvogel — better known as Joe Exotic, the “Tiger King” — through the Netflix docuseries. Photo credit: Daveed Benito

Frontiers Music Srl will release the label debut from Italy’s False Memories, entitled The Last Night Of Fall, on May 7. The band traffics in a gothic, doom metal style with elements of prog and joins the label’s expanding, diverse roster of metal bands. Fans can get a fist taste…

Last year, the London band Chubby And The Gang released Speed Kills, an excellent debut album that combined hardcore, street-punk, pub-rock and power-pop into one giddy, ferocious, fun-as-fuck whole. Initially released on the DIY indie Static Shock, the album took off outside punk circles, and the band signed to Partisan, which reissued Speed Kills with additional banger “Union Dues.” Today, the band has announced a new 7″ single that’ll be out next month, and they’ve shared its A-side, the euphoric ripper “Lightning Don’t Strike Twice.”

Pop Punk’s Inevitable Comeback – How Did it Even Survive? 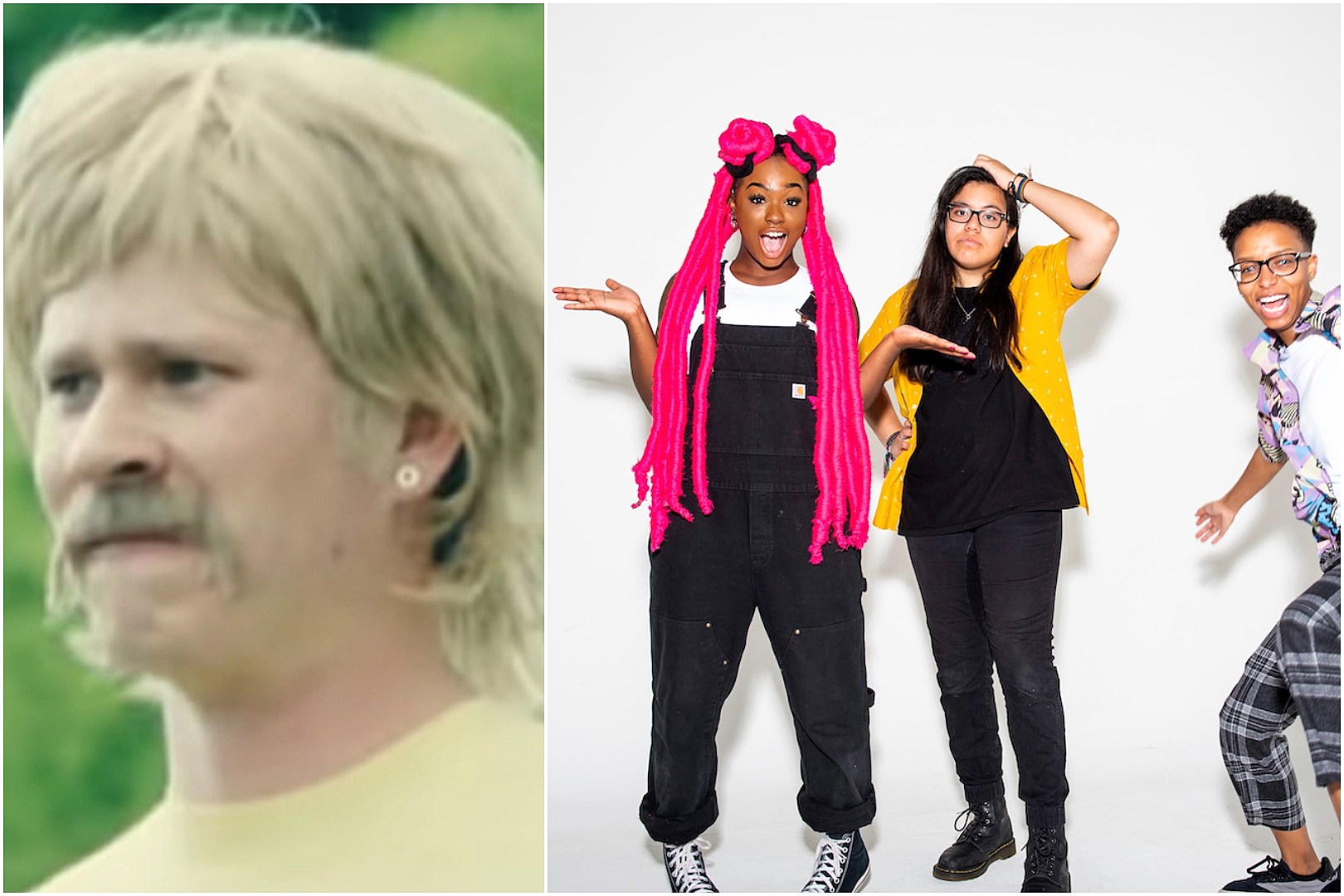