Charles McPherson, an alto saxophonist who’ll be 82 in July, has been playing jazz since the early 1960s. He was first heard on record with Charles Mingus, with whom he worked off and on for nearly 15 years. He also made more than a dozen albums as a leader in the 1960s and ’70s, slowing the pace of his output beginning in the ’80s but never disappearing completely. I saw him play a co-headlining gig with tenor saxophonist George Coleman, celebrating Coleman’s birthday, at the Jazz Standard in 2017. It was a blast; McPherson’s a little guy with a lot of energy, where Coleman is a big, slower-moving dude with an innate calm who only lets it rip when he’s soloing — it was like watching Sammy Davis Jr. share a stage with Howlin’ Wolf.

New jazz music is quite exciting — look no further than our monthly jazz roundup for proof of that — and today Adult Swim has released a compilation highlighting some of the rising talent in the genre that’s appropriately called New Jazz Century. It features exclusive new tracks from Colin Stetson, Christian Scott aTunde Adjuah,… 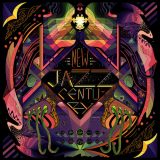