The “Rockin’ The Suburbs” video was doing a lot. As the lead single and title track from Ben Folds’ debut solo album, the song established new parameters for Folds’ music following his three-album run at the head of North Carolina cult favorites Ben Folds Five. That band had been a strictly piano-bass-drums operation — an oddity within a ’90s alternative rock culture defined by guitars, though maybe less odd at a moment when shit like the swing revival was happening concurrently. (For further reference, please see this MTV news post about Ben Folds Five and Squirrel Nut Zippers joining the H.O.R.D.E. Tour lineup.) “Rockin’ The Suburbs” boasted a quirky keyboard melody and the kind of blunt-force vocal hooks long associated with Ben Folds Five, but it also began with distorted guitar chords and ended with a funky rock breakdown worthy of the Red Hot Chili Peppers. Directed by “Weird Al” Yankovic, the video featured a band full of Ben Foldses, each one clutching a different instrument, as if to telegraph the absence of former bandmates Darren Jessee and Robert Sledge. Folds was making it clear that he had entered a new era, out on his own.

Patti Smith, Ben Folds Featured in Uplifting Music Documentary ‘The Sound of Us’

Film, helmed by Chris Gero, will receive the Movie That Matters Award at the 2021 Cannes Film Festival For more, check out: RollingStone.com (Source)

Jetty Bones’ music is marked by contradiction. The vehicle of Kelc Galluzzo, Jetty Bones makes songs that are saturated with a complex mixture of pain and hope.  Galluzzo’s debut album, Push Back, out Feb. 26 via Rise Records, is a signature exercise in contrasts. In many senses, songs such as “That’s All” and “Taking Up […]

Ben Folds, Stuck in Australia, Is Writing a New Album During Quarantine

“At the moment, there’s something really nice about being locked down, even though it’s for terrible, terrible reasons,” singer-songwriter says For more, check out: RollingStone.com (Source)

Hear Ben Folds Break Down This Tumultuous Year in ‘2020’

“We seem to be currently reliving and cramming a number of historically tumultuous years into one,” singer says of track recorded in his Sydney apartment For more, check out: RollingStone.com (Source)

If you can believe it, 2020 is not even halfway over. (Almost there, but as we’ve found out, a lot can change in a week!) Ben Folds is feeling the same way, and today he’s released a song called “2020” reflecting on how hellish this year has been so far. “We’re not repeating… 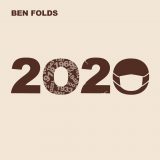 [Photo via Spotify] twenty one pilots‘ Tyler Joseph is continuing to stay busy while in quarantine. Although the coronavirus pandemic has caused twenty one pilots‘ original plans to change for the year, Joseph is now revealing some of the details behind what he has been working on while at home. In an interview this week […]

Kevin Bronson on May 2nd, 2020 Share this: Frenship (Photo by Pooneh Ghana) In a different world, today we would have been attending the Cruel World festival today. Sigh. With that, here is today’s daily dose … ONLINE FIND ■ While patronizing a “virtual club” Friday night, we heard the DJ spin Kaiser Chiefs’ “I […]

Book Review: A Dream About Lightning Bugs: A Life of Music and Cheap Lessons

In this memoir, singer-songwriter Ben Folds looks back at his life so far in a wise chronicle of his artistic coming of age, infusing it with the wry observations of a natural storyteller. In his own unique voice, both relatable and thought-provoking, Folds digs deep into the life experiences that shaped him, imparting hard-earned wisdom […]

Notes From a Pandemic: Stream John Prine Tribute, At Home With Farm Aid, Human to Human, plus Snail Mail, NKOTB, Angel Olsen, Will Fox and more