Last week, 4AD announced a new compilation to celebrate their 40th anniversary in which 18 artists currently on their roster cover songs from the 4AD catalog. The comp, which is called Bills & Aches & Blues, is being rolled out a handful of songs at a time. Last week, we heard from the Breeders, U.S. Girls, Aldous Harding, Tkay Maidza, and Maria Somerville, and this week’s crop of artists include Tune-Yards, Helado Negro, Bing And Ruth, and more.

Bing & Ruth – “The Pressure Of This Water”

Next month, David Moore’s ambient group Bing & Ruth are releasing a new album, Species, the follow-up to 2017’s No Home Of The Mind. We’ve heard two tracks from it so far, “I Had No Dream” and “Live Forever,” and today we’re getting another one, “The Pressure Of This Water,” a calming and cinematic 10-minute… 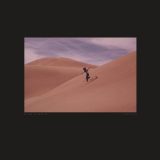 Last month, Bing & Ruth — the compositional project led by David Mooe — announced a new album, Species, with the lead single “I Had No Dream.” Today, they’re sharing the album’s centerpiece, a 13-minute slow burn called “Live Forever,” which glides through its long runtime with a preternatural calm. “Depending on how you’re registering […]