For the past month, Justin Vernon’s Eaux Claires festival has been sharing live performances for their For Wisconsin voting initiative. There have been videos from Vernon himself, Arcade Fire, and, just yesterday, Feist. With Election Day finally happening tomorrow (oh god), For Wisconsin is sharing one final performance and it’s a doozy. Big… 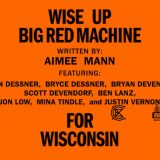 After the relatively quick one-two of Sleep Well Beast and I Am Easy To Find, it seemed as if the National had closed a specific chapter of their career. So now, as they did between Trouble Will Find Me and Sleep Well Beast, it appears they’re taking some time for their own projects. Aaron Dessner… 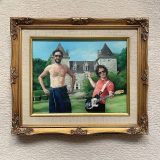 Surprise, Taylor Swift is dropping her eighth studio album Folklore on July 24. Not only are there 16 tracks on the standard edition of the LP, but Folklore also features loads of collaborations. Read more: Demi Lovato gets engaged to actor Max Ehrich with a beach proposal Swift’s previous studio album Lover was released just […]

The post Here are all of the collabs on Taylor Swift’s surprise album ‘Folklore’ appeared first on Alternative Press.

The National were always beginning. At least, that’s how it felt for over half of their career; at least, that was the story that kept getting told. First, there were those early years, figuring out how to be a band on their self-titled 2001 debut and 2003’s Sad Songs For Dirty Lovers. Then, they really […]