Charly Bliss like to cover Josie And The Pussycats songs, which were sung in the 2001 film by Letters To Cleo’s Kay Hanley. For the past few days, Charly Bliss have been opening for Letters To Cleo on tour, which sounds like a really fun bill. And during Letters To Cleo’s encore at Paradise Rock Club in Boston last night, they brought Charly Bliss back to the stage to help perform the Josie tracks “3 Small Words” and “Pretend To Be Nice,” the latter of which was written by the late, great Adam Schlesinger. Watch below.

Last night in Brooklyn, the magnificently poppy NYC indie rock band Charly Bliss played their first show in two years, opening for Japanese Breakfast at Brooklyn Steel. The band used the occasion to debut a new song, which is listed as “UDK” at Setlist.fm and on YouTube. Speaking of which, the song is on YouTube! It finds the group leaning perhaps even further into the pop realm than they did on their 2019 sophomore effort Young Enough, with Eva Hendricks ditching her guitar and switching into full-on lead singer mode. Check out fan-made footage below.

Earlier this month, a bunch of artists came together to release a limited-time-only benefit compilation called Good Music To Avert The Collapse Of American Democracy that was up on Bandcamp for only 24 hours before it was removed. This Friday (10/2) is Bandcamp’s next Bandcamp Friday, when the service waives their revenue share, and a… 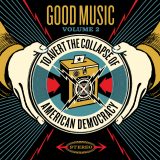 Save Stereogum: An ‘00s Covers Comp

I started Stereogum in 2002 with a LiveJournal and a dream (to get free CDs). Seriously though, I started this site to discuss new music with strangers on the internet. Without all of you who comment thoughtfully on our features, send us hot tips, and aggressively point out our typos, this would be a really… 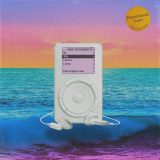 [Photo via YouTube] Back in April, Fountains Of Wayne‘s Adam Schlesinger tragically passed away due to COVID-19 complications. Since then, tributes to Schlesinger have continued pouring out. Now, AJR are paying tribute to the late musician, songwriter and creator in a new Fountains Of Wayne cover. On June 17, AJR shared a cover of “Hackensack,” […]

[Photo via Spotify] It’s been two months since Fountains Of Wayne‘s Adam Schlesinger passed away from COVID-19 complications. Since then, the entertainment industry has continued to honor his memory in various ways. Now, a tribute album is being released in honor of Schlesinger that features Motion City Soundtrack, Nada Surf and more. All of the […]

There are very, very few good things about quarantine, but one of them is the simple pleasure of scrolling your phone, encountering the welcome sight of a musician that you like playing an acoustic cover of a song that you also like. There’s been a whole lot of that lately. Last night, Charly Bliss leader […]