City Of Industry – “The Body Is A Faithless, Fleeting Friend”

City Of Industry work fast. The Seattle hardcore trio has only been a band since 2017, and they’ve already released two albums, with a third on the way. Today, the band announced the new album False Flowers, their follow-up to last year’s Conspire Conspire Conspire, and they shared a motherfucker of a new single. 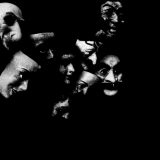