The first time I saw Drive, it didn’t even have the right music in it.

There have been a number of legacy artists who have recently sold their publishing rights for astronomical sums. In December 2020, Bob Dylan reportedly sold his catalog to Universal Music Publishing, UMP, for $300 million. In the 1970’s, Jacques Levy co-wrote seven songs with Dylan for the 1976 album Desire, including “Hurricane,” “Isis” and “Mozambique.” Levy died in 2004. Levy’s estate has now sued (on Jan. 20, 2021) Dylan and UMP, alleging he is owed a share of the $300 million Dylan has apparently received from UMP. The estate seeks damages of $7.25 million. The Levy estate contends that Levy […]

Stream Italians Do It Better’s After Dark 3 Compilation

Every once in a while, Johnny Jewel’s Italians Do It Better label releases a compilation featuring music from their large constellation of artists. The first one, called After Dark, came out in 2007; After Dark 2 followed in 2013. Now After Dark 3 has arrived and it features a bunch of new tracks from the… 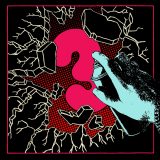 Desire, Chromatics mastermind Johnny Jewel’s project with singer Megan Louise, are finally returning with their first new album in a decade. Escape, the follow-up to their 2009 debut, is coming out this summer, and we’ve already heard its lead single and title track. Now they’re sharing another new song, “Black Latex,” a spoken word piece […]