It’s been a good long while since we’ve heard from Father John Misty. Bearded and sardonic singer-songwriter extraordinaire Josh Tillman actually graced us with quite a bit of music last year — two new songs, a live album, covers of T. Rex and Leonard Cohen — but his formerly hyperactive public profile has been scaled back significantly. His Twitter, while reactivated, is absent of all the old quips. Like many musicians, he hasn’t played a show since 2019, when he was out supporting the prior year’s God’s Favorite Customer, for which he gave no interviews.

Will 2021 be the year of a new Father John Misty album? Hopefully. Rihanna? We should only be so lucky For more, check out: RollingStone.com (Source)

Simon Raymonde is a man of many talents. His artistic range spans from the ’80s with the prolific dream-pop/shoegaze band Cocteau Twins to the founding of Bella Union, an independent record label that’s seen the likes of Beach House, Father John Misty and Explosions In The Sky. His recent project, Lost Horizons, are also signed […]

The post Cocteau Twins’ Simon Raymonde learned that the best plan is none at all appeared first on Alternative Press.

AngelHeaded Hipster: The Songs of Marc Bolan and T. Rex is out today. And Father John Misty‘s reinterpretation of T. Rex‘s “Main Man” was released to mark the occasion. Misty’s version stays true to the original but has a bit more of a softer pop-rock tone that’s part of the singer-songwriter’s signature style. A few months ago, a star-studded tribute compilation dedicated to T. Rex and Marc Bolan was announced. It was organized by longtime Saturday Night Live music producer Hal Willner, who passed away from complications due to COVID-19 in April. AngelHeaded Hipster: The Songs Of Marc Bolan And T. Rex is out now. 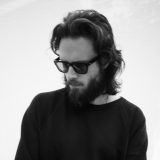 Elton John recently lent his voice to a song on Lady Gaga’s Chromatica called “Sine From Above,” but don’t think for one second that he’s your poptimist king. As The Independent points out, in a new interview on BBC Radio 6 Music the iconic singer-songwriter decried the state of modern pop, arguing that the majority… 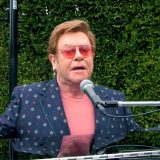 Father John Misty has returned with a pair of new songs. The singer just shared “To S.” b/w “To R.,” which are his double A-side contributions to Sub Pop Singles Club Vol. 5. It’s also the first new music we’ve heard from Mr. J. Tillman since his 2018 record, God’s Favorite Customer. … A little over two years ago, Josh Tillman released his latest Father John Misty album, the great God’s Favorite Customer. His fourth in six years, it seemed to mark a new reckoning at the same time that it provided a denouement to the arc sketched through his career and music thus far. Perhaps fittingly, he’s… 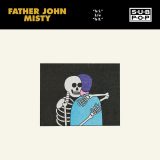