Lester Bangs, the greatest rock journalist ever, felt eternal Lower East Side musical royals the Velvet Underground were “our Beatles and Bob Dylan combined” and that “modern music begins” with them. He wasn’t wrong. They existed only for a handful of years—1965 to 1970. But five years was enough for them to create virtually everything […]

The post 15 artists who show that the Velvet Underground’s influence is eternal appeared first on Alternative Press.

Damon Krukowski and Naomi Yang, the indie-rock power couple and former Galaxie 500 members who also make music together as the duo Damon & Naomi, have announced a new album. They recorded the upcoming A Sky Record with guitarist Michio Kurihara, and today they’re sharing “Sailing By,” a tribute to the BBC’s Shipping Forecast. As Krukowski explains:

Why Is The Obscure B-Side “Harness Your Hopes” Pavement’s Top Song On Spotify? It’s Complicated.

From Billie Eilish to Bone Thugs-N-Harmony, here are our favorite exclusives from the first RSD release date of 2020 For more, check out: RollingStone.com (Source)

Galaxie 500’s 1997 live album Copenhagen, recorded on the final date of their last European tour in 1990, is being reissued on vinyl for Record Store Day tomorrow. Which means that today is the last day of the 20-20-20 cover series, in which 20 different artists perform covers of their favorite Galaxie 500 songs in… 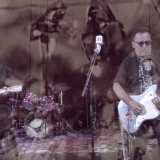 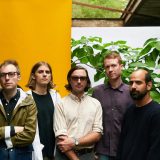 As the brains behind Magnetic Fields and a slew of other projects including the 6ths, the Gothic Archies, and Future Bible Heroes, Stephin Merritt has an incredible treasure trove of songs to his name. But that doesn’t mean the man doesn’t enjoy performing a tune by somebody else now and then. 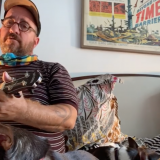 After announcing the 20-20-20 Galaxie 500 cover series last week, today (Aug. 13), Thurston Moore‘s contribution dropped. Moore gave “Another Day,” off Galaxie 500‘s 1989 sophomore LP, On Fire, the unplugged treatment. In the video of the cover, vocals and an acoustic guitar are paired with black and white images of fields and… Cover is part of tribute series in preparation for Record Store Day reissue For more, check out: RollingStone.com (Source)