Fasano – “The Other Day”

The New York musician Matty Fasano has tried a whole lot of different things in the past decade plus. He’s played bass in ARMS, the New York indie rock band that started out as a Harlem Shakes side project. He’s released soft, spectral acoustic music on Godmode, back when Godmode was still a cassette-only label. He sang backup at LCD Soundsystem’s goodbye show at Madison Square Garden, before that band got back together again. Since 2016, Fasano has also been one of the driving forces behind House Of Feelings, a New York dance party and radio show that became both a musical project and a label. With House Of Feelings, Fasano has recorded some excellent dance-pop jams with artists like Meredith Graves, Shamir, and Dave Harrington. Now, Fasano is back with a new solo single.

House Of Feelings, Matty Fasano’s collab-happy NYC dance music collective, are back with a new track. Shamir, who previously sang on House Of Feelings’ 2017 single “Falling,” is the featured vocalist on new song “Black And Blue.” And while he’s mostly moved away from dance music since his 2015 debut Ratchet, which featured Fasano on… 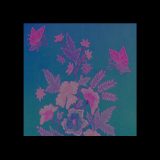