Rapper Huey who is best known for the 2007 hit “Pop, Lock & Drop It” has died at the age of 31. A spokesperson for the St. Louis Police Department confirmed to Fox News that Huey was shot and killed outside of a home in Kinloch, Missouri. Read more: Slaves will have a new band […]

The post “Pop, Lock & Drop It” rapper Huey has died at the age of 31 appeared first on Alternative Press.

The St. Louis rapper Huey, who was famous for the 2006 hit “Pop, Lock & Drop It,” has been murdered. According to the local St. Louis Fox affiliate, Huey was shot and killed last night in the St. Louis suburb of Kinloch. Huey was taken to a local hospital and pronounced dead on arrival. Another… 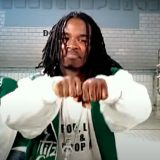