We’ve Got A File On You: Matt Berninger

We’ve Got A File On You features interviews in which artists share the stories behind the extracurricular activities that dot their careers: acting gigs, guest appearances, random internet ephemera, etc.… 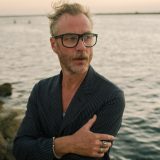 Indie film and alternative music fans have something to look forward to this weekend with Teenage Badass’ digital arrival. Though it couldn’t make its film debut at SXSW due to the coronavirus, the movie is now available via independent film distributor Freestyle Digital Media.  The film is set in 2006 and follows the coming-of-age, nostalgia-inducing […]

The post Stylo And The Murder Dogs are about to be your new favorite fictional band appeared first on Alternative Press.