Distributed by: CTE/Def Jam Producers: Various Ten studio albums deep, and Jeezy is an artist who proves he is still one of the voices of the streets. His latest album, The Recession 2, is a timely, relevant and altogether impactful piece of work. From songs like “Oh Lord” to “Da Ghetto” to the “Almighty Black Dollar,” Recession 2 is a collection that produces emotions of anger, frustration, anticipation, and hope. It also features notable appearances from Tamika Mallory, Demi Lovato, Rick Ross, E-40 and more.

RS Charts: BTS’ ‘BE’ Explodes to Number One

“We’ve got a lot of work to do, and this is a long fight,” says Atlanta rapper For more, check out: RollingStone.com (Source) 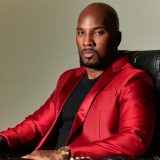