On the heels of Lana Del Rey’s latest album announcement, we revisit her performance with the folk legend For more, check out: RollingStone.com (Source)

Priceless outtake from ‘Don’t Look Back’ shows the two icons covering the Rolling Stones as Dylan hammers away at a typewriter For more, check out: RollingStone.com (Source)

“Mischief Makers 2,” the second solo show by iconic folksinger, activist and artist Joan Baez, showcasing her portraits of people making the world a better place, opens January 6 and runs through February 14 at Seager Gray Gallery in Mill Valley, CA. In celebration of the artist’s 80th birthday, a reception will be streamed at 5:30 p.m. (PST) on January 9. The event will include an interview with Baez, a virtual tour of the show and other festivities and “mischief” to mark this milestone occasion. Tickets are $15 at bit.ly/JoanBaezLiveStream. The follow up to Baez’s sold out solo show, her debut as a visual artist, “Mischief Makers […]

National Independent Talent Organization (NITO), the nonprofit organization comprised of over 1,000 independent talent agencies, management firms, associate artists and live touring entities fighting for crucial pandemic relief in Congress, is launching their first fundraising initiative – a Guitar and Stringed Instruments Auction. The auction, which launches today, December 3, and concludes Sunday, December 13, is open to the public and will help raise crucial funds for NITO’s continued efforts to ensure that the live touring industry has a united voice both in Washington D.C. and in a rapidly changing economy. NITO has partnered with the premier auction site Charitybuzz […]

“My painting is the best I can do at the moment to try and encourage people towards a possibly better world,” folk icon says. “I’m just really lucky to be able to do that” For more, check out: RollingStone.com (Source)

Patti Smith, Michael Stipe, Joan Baez, and many more have come together to perform Smith’s “People Have The Power” for a new video in support of Pathway To Paris, the climate change organization co-founded by Smith’s daughter. The video doubles as an encouragement to get out and vote. 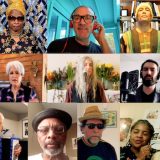 At one point Lana Del Rey was supposed to release her new album Chemtrails Over The Country Club this past Friday. Well, it’s not out yet, but the promo machine has kicked into gear. Last week Del Rey shared an update from a video shoot for the title track, teasing lead single “Let Me Love… 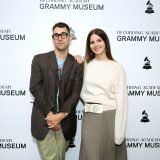