Jonathan Richman, the former Modern Lovers frontman, is a punk and indie legend with a huge cult fanbase, but he’s maybe not the first person you’d expect to hear about someone impersonating for money. But nobody, it turns out, is safe from the scammers. This past weekend, Jonathan Richman was on the bill for LoveOly Summerfest, a festival in Olympia, Washington. It would’ve been Richman’s first show since the pandemic started. But just before the show was set to happen, as Rolling Stone reports, organizers learned that Richman and his managers had never heard anything about the show. They’d been dealing with someone else entirely.

“Did the guy who called you up manage to imitate my voice pretty good? Cuz if he did, you’ve got to hand it to him, most people can’t do it,” Modern Lovers singer quips For more, check out: RollingStone.com (Source)

When Leeds, U.K. post-punks Gang Of Four first appeared on American shores in 1980, they were simultaneously startling, exciting, fierce, warm, familiar and yet shockingly new. They were clearly unthinkable without punk, yet they didn’t play standard-issue Ramones–isms in a leather jacket. They were as angry and leftist in their politics as the Clash, but […]

The post Gang Of Four on their political roots, new box set ‘‘77-’81’ and more appeared first on Alternative Press.

Welcome back to another AltPress Weekly. Each week, we highlight the things we want you to check out. We’ll bring you the scoop on the latest happenings over at Alternative Press, along with our favorite stories and other discoveries. We’ll also shout out fresh cuts and bargain bin finds—anything and everything we can’t stop listening […]

Jonathan Richman on his latest LP, SA, the inner and outer conversation that is music, the devotional music aspect to the new record, his ongoing, episodic project Just A Spark, On Journey From The Dark, y mucho más.

Jonathan Richman Invited Everyone To The Party With I, Jonathan

Jonathan Richman counts it off, and the feel-good chords ignite. Ever the gentleman, he offers a greeting, then a candid mission statement. “I’m from the ’60s, the time of ‘Louie Louie’ and ‘Little Latin Lupe Lu,'” he intones in a cool baritone to open the I, Jonathan album. “And I know we can’t have those… 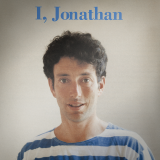