The first Space Jam soundtrack was, in retrospect, a wild ride. The 1996 film where Michael Jordan and Bugs Bunny played basketball against cartoon aliens also had a tie-in album with R. Kelly’s “I Believe I Can Fly” and Monica’s “For You I Will” and All-4-One’s “I Turn To You” on it. It had Seal singing the Steve Miller Band’s “Fly Like An Eagle.” It had the Spin Doctors and Biz Markie doing KC & The Sunshine Band’s “That’s The Way (I Like It).” It had Chris Rock and Barry White covering Cheech & Chong. It had D’Angelo and Quad City DJ’s and a Bugs Bunny rap song ghost-written by Jay-Z. It had a posse cut where B-Real, Method Man, Coolio, LL Cool J, and Busta Rhymes pretended to be the bad-guy aliens from the movie. Merely looking at its tracklist will make you feel like you’re having a stroke.

“Please, repeat after me, it’s only one rule,” says Jay-Z. Then he slows his voice down, emphasizing every word, making sure you remember: “I. Will. Not. Lose.” He wasn’t playing. In the last months of 2000, Jay’s magisterial swagger was at its peak. Jay had walked away from a felony stabbing charge with probation. He’d… 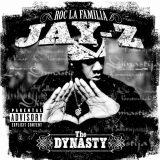 The 10 Verzuz Battles We Need To See

It’s become a quarantine-era tradition: Spending an evening zoning out on your phone while you watch two middle-aged men struggle with technology, talk shit to each other, and take turns playing their own classic rap and R&B hits. This whole thing began last month, when Timbaland and Swizz Beatz spent a few hours attempting to […]