Few modern albums have made as vast of an effect as AWOLNATION’s 14-track Megalithic Symphony, whose songs still live on with no end in sight on social media platforms such as TikTok and Instagram. Powerhouse rock tracks “Sail” and “Not Your Fault” defined the decade with their synth-laden instrumentals, gritty vocals and undeniably blunt, raw […]

From Kendrick Lamar and Carlos Santana to Five Finger Death Punch, and everyone in between, The Hideout Recording Studio has catered to some of the biggest names in the music business. Now, following a surprising record-breaking year of growth for the studio, owner Kevin Churko has tapped music industry veteran Zoe Thrall as Director of Studio Operations. “We’ve been a family-run business for all these years, but as we’ve grown, my daughter Khloe Churko also grew into an entrepreneur; managing me, taking on the role of C.F.O. for my various companies, as well as running a few of her own,” said Kevin. “We needed someone to […]

We look back at a huge year for hip-hop, from the late Pop Smoke to Megan Thee Stallion For more, check out: RollingStone.com (Source)

Glastonbury Festival isn’t happening in 2021 after all

Unfortunately, Glastonbury ticketholders received some not so good news this week. On Thursday, organizers for one of the world’s biggest music festivals announced that the 2021 event has been canceled due to the coronavirus pandemic. Read more: Weezer face technology’s side effects in the “All My Favorite Songs” video Just like so many other events, […]

The post Glastonbury Festival isn’t happening in 2021 after all appeared first on Alternative Press.

Year In Review: Hear Our Podcasts on the Year’s Best Music Books

Jordan Benjamin is at a point in his career where he can be honest about his influences. Yes, his debut full-length and conceptual introduction as grandson, Death Of An Optimist, gave the music industry a shake upon its arrival on Dec. 4. And surely a lot of it was born out of him searching deeper into […]

Hear Our Podcast on the Untold Story of Kendrick Lamar

Rap veteran Busta Rhymes has released a new album, Extinction Level Event 2: The Wrath Of God, a sequel of sorts to his 1998 album E.L.E. (Extinction Level Event): The Final World Front. It was announced back in August with an introduction from Chris Rock and we’ve already heard the Vybz Kartel and J-Doe featuring… 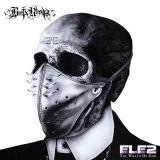