ANOHNI hasn’t released a full-length album since 2016’s Hopelessness, but there’s been other music since then: The 2017 EP Paradise, the odd one-off single. And today, ANOHNI has announced and released a new 7″ single, which features covers of two different legends’ songs. 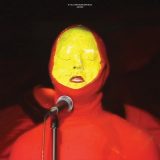