Meek Mill has run afoul of Kobe Bryant’s widow due to a lyric about the late basketball star on a recently leaked song. When the Lil Baby collab “Don’t Worry” leaked last week, listeners immediately highlighted a line referencing Meek’s fellow Philadelphia native Kobe’s death in a helicopter crash a year ago: “This bitch I’m fuckin’ always tell me that she love me/ But she ain’t ever showed me/ Yeah, and if I ever lack, I’m goin’ out with my chopper/ It be another Kobe.” In response to criticism about the lyric, Meek tweeted, “somebody promo a narrative and y’all follow it…. y’all internet antics cannot stop me ….shit like zombie land or something! Lol.” Now he’s facing blowback from Vanessa Bryant herself.

L.A.-via-Brooklyn trio Dreamers team up with Wes Period and American Teeth in “Not Dead Yet,” a song inspired by death that embraces life.

2020 in memoriam: Remembering the ones we lost

Each year comes with loss and change. 2020, in particular, has been one with an overwhelming amount of grief. It’s hard to know what to say when you lose people you admire, whether you know them personally or were inspired by the art they created. Hold the people you care about close and thank them. […]

The post 2020 in memoriam: Remembering the ones we lost appeared first on Alternative Press.

2020 has been a rollercoaster of a year and despite live music taking a back seat since March, the industry hasn’t stopped moving and fans have been actively keeping up with their favorite artists. Google put out their Year in Search List showing all of the various trending topics throughout the year so now you […]

Kendrick Lamar is the narrator of a new Nike advertisement honoring the late Kobe Bryant, as Rolling Stone points out. The ad is being released on what would have been Bryant’s 42nd birthday. “Kobe taught us to be better,” Lamar begins, repeating variations on the same phrase: “Better waker, better stretcher, better walker, better talker,” 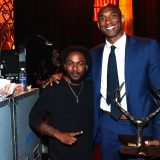 Los Angeles Lakers legend would have been 42 on August 23rd For more, check out: RollingStone.com (Source)