“Twerkulator,” the new single from the nasty-as-they-wanna-be Miami dance duo City Girls, has actually been around for a while. When the duo’d 2020 album City On Lock leaked, “Twerkulator” was part of it, but the track didn’t make the final version of the album because of sample-clearance issues. In the past few weeks, the song has gone viral on TikTok, as songs about twerking will sometimes do. So now someone has paid to clear those samples, and City Girls have released “Twerkulator” as a proper single.

Deerhoof have released a dizzying new covers album called Love-Lore that finds the art-rock band covering 35 songs over the course of 43 minutes. The album is available now as a free download over on Deerhoof’s website. It comes on the heels of the band’s latest original album, Future Teenage Cave Artists, which came out… 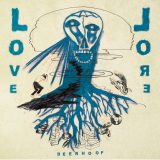 Today’s streams include Fuji Rock, Milky Chance, Wallows, Phantoms, PUP, Deep Sea Diver and Daughtry, along with an archival show by Kraftwerk at the Hollywood Bowl.

Kraftwerk co-founder Florian Schneider has died at 73, as Billboard confirms. Schneider started the pioneering electronic group with Ralf Hütter, who he met while they were classical music students at the Dusseldorf Conservatory. Their project together was originally called Organisation, but they soon renamed themselves Kraftwerk, German for “power station.” Schneider was an innovator, designing […]