She fronted Rufus before Chaka Khan, and went on to sing with David Bowie, Billy Idol, Aretha Franklin, Jennifer Lopez, Mary J. Blige, and countless others For more, check out: RollingStone.com (Source)

Flashback: Luther Vandross Stuns Dionne Warwick With ‘A House Is Not a Home’

Vandross brought Warwick to tears with his memorable remake of her 1964 hit For more, check out: RollingStone.com (Source)

We Are The War: 30 Years Ago “Voices That Care” Nearly Killed The All-Star Charity Single

Popular culture in the ’90s was significantly broader, deeper, and more eclectic than millennial nostalgists demand of it. And yet it’s also the source of such striking works of anti-profundity that it’s enough to make those of us who lived through an era of comparative peace and prosperity want to throw it all in the garbage. We’re talking about the kind of schlock that would eventually get so oppressively thick that the only thing available to counter it would be a ruthless irony so poisonous that it threatened our ability to appreciate anything mass-culture at face value. Maybe that’s an extreme stance to take — not as extreme as the taste of Diet Mountain Dew, but close — and yet that’s the only way I’m really able to get at the brief but staggering moment when multiple multi-billion-dollar entertainment industries went all-in on the last gasp of the big post-“We Are The World” all-star charity single wave.

In The Number Ones, I’m reviewing every single #1 single in the history of the Billboard Hot 100, starting with the chart’s beginning, in 1958, and working my way up into the present.… 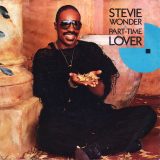 Gregory Porter’s ‘Everything You Touch Is Gold’ Already Feels Classic

Ledisi Regains Her Independence on ‘The Wild Card’