Sometime in the past year or two, drill effectively replaced trap music as rap’s global lingua franca. People are making drill in France and Ghana and Australia. That means that Chief Keef, the man who popularized drill about a decade ago, is one of the most important rappers on the planet. As other people have become crossover stars with that style, Keef has kept working on his own pace, cranking out his own frequently weird music when the spirit strikes him. But even if Keef has mostly remained underground, he still makes anthems, and he’s got one today.

The Rap Grammy Nominations Are Weird As Hell

Nicki Minaj has a new career strategy: She’s making big event-songs with controversial young rappers. Thus far, it seems to be working out for her. Before 2020, Nicki Minaj had come close to hitting #1 multiple times, but she’d never scored a #1 hit. This year, she’s done it twice — once with Doja Cat,… 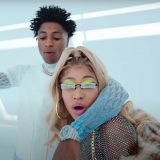 Nicki Minaj, Youngboy Never Broke Again Join Mike Will Made It for ‘What That Speed Bout?!’

Track expected to appear on superproducer’s next solo album, Michael, out in 2021 For more, check out: RollingStone.com (Source)

Last week, the Chicago rapper Chief Keef turned 25. That is insane. Keith Cozart has been one of the most influential figures in rap music for nearly a decade, and it’s hard to even picture how the present-day musical landscape would sound without him. And yet the man has only been old enough to rent… 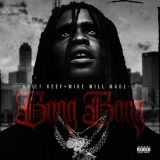 Lil Yachty has released a new album called Lil Boat 3. It’s being billed as “the third and final installment” in the Lil Boat series of releases, which kicked off with Yachty’s 2016 debut mixtape and continued with his 2018 album Lil Boat 2. His last full-length, 2018’s Nuthin’ 2 Prove, broke with the naming […]

The 10 Verzuz Battles We Need To See

It’s become a quarantine-era tradition: Spending an evening zoning out on your phone while you watch two middle-aged men struggle with technology, talk shit to each other, and take turns playing their own classic rap and R&B hits. This whole thing began last month, when Timbaland and Swizz Beatz spent a few hours attempting to […]