Barcelona post-punk band Mourn recently announced their new album Self Worth. They sounded newly invigorated on early singles “Call You Back” and “This Feeling Is Disgusting,” and the streak continues today with the release of new song “Men.” It’s an immediate and righteously pissed-off middle finger to toxic masculinity, patriarchal society, and yep, you guessed… 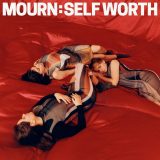 Mourn – “This Feeling Is Disgusting”

A few months back, the Barcelona band Mourn — now a trio following the departure of their drummer last year — put out a sharp new single, “Call You Back.” That was just a precursor to a whole album called Self Worth, which is being announced today alongside another new song, “This Feeling Is Disgusting.” 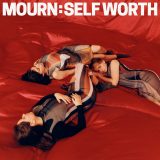 Barcelona post-punk band Mourn — once a quartet, now a trio — have returned with “Call You Back,” a serrated, infectiously melodic new single. “Parts of the song talk about the anxiety of phone calls and the emotions around them,” Mourn’s Carla Pérez Vas tells Billboard. “It’s pretty ironic that now we are looking at […]