Recorded a dozen years ago at the Mohawk in Austin, TX during SXSW, the half-hour performance finds Swift (backed by a full band) running through material from Dressed Up for the Letdown and the (then) soon-to-be released lp, The Atlantic Ocean. The night was crisp, the atmosphere buoyant, and the performance joyous.

From The Edge of America :: Lonnie Holley and Richard Swift

Director Ethan Payne’s From the Edge of America documentary that captures the cosmic rapport between Lonnie Holley and the late Richard Swift, two men separated by decades in age, but united in spirit. Documenting the studio sessions that produced the National Freedom EP, this short form documentary offers an intimate look at two creative forces united in song.

The post From The Edge of America :: Lonnie Holley and Richard Swift appeared first on Aquarium Drunkard.

Gardens & Villa pay a heartfelt tribute to the late Richard Swift (who produced their debut album) with the new single “Hurrah.” The quartet’s new album “Gordon Von Zilla Presents,” out in August.

The last time we heard from the Portland duo (and Band To Watch) Pure Bathing Culture, it was with last year’s excellent Night Pass, an album that found Sarah Versprille and Daniel Hindman digging deeper into the soft rock elements of their sound. Today, they’re announcing that album’s successor, a new EP called Carrido that… 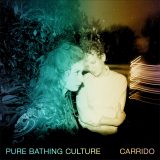 Actor Dylan Minnette is known for two things. The first is his portrayal of Clay Jensen, the heroic but flawed high school teen in the acclaimed Netflix drama, 13 Reasons Why. The other is his participation in the alt-rock band Wallows. The trio’s effected-guitar sounds range from languid to melancholy, bringing a new consciousness toward […]