Last year, the Irish folk musician Brigid Mae Power got a whole lot of critical acclaim for her expansive album Head Above The Water. Today, she’s announced plans to follow that album with a new EP of covers called Burning Your Light. On Burning Your Light, Power takes on songs from some absolute titans: Bob Dylan, Aretha Franklin, Townes Van Zandt, Patsy Cline. For the EP’s first single, Power has covered a devastating track from the late Jason Molina.

If today feels especially haunted out there in indie-rock land, it’s not just you. David Berman died one year ago today, and tributes are pouring across social media. Microphones In 2020, an album on which Phil Elverum reckons with his continued existence against a backdrop of mourning, is out now. And then there’s Eight Gates,… 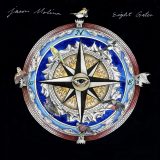 It’s been a little over seven years since the untimely death of Jason Molina, and despite his relatively prolific output with Songs: Ohia and Magnolia Electric Co., his story still feels like one with missing parts, especially towards the end. Enter: Eight Gates.

Jason Molina, the beloved songwriter behind the long-running indie rock projects Songs: Ohia and Magnolia Electric Co., battled alcoholism for his entire career, and he died of organ failure in 2013, when he was just 39. In his lifetime, Molina was a truly prolific songwriter, and he left behind troves of unreleased material when he… 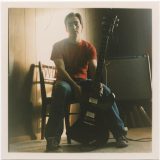