Skrillex has laid pretty low these past few years, putting out only a few loosies and and some stray collaborations. But today he’s back with a brand-new track called “Butterflies.” It’s a collaboration with Starrah, who he worked with on her 2020 album The Longest Interlude, and Four Tet, who has kept himself busy these last few years. Check it out below.

The Delaware-born singer and rapper Starrah is mostly known as a behind-the-scenes figure in the pop world, and she’s been fantastically successful at that. Basically everything Starrah touches turns into a hit; she’s co-written smashes like Megan Thee Stallion and Beyoncé’s “Savage (Remix),” Camila Cabello’s “Havana,” Rihanna’s “Needed Me,” and Kevin Gates’ “2 Phones.” As an artist, though, Starrah has gone relatively under-the-radar. That might change today, since Starrah just released her debut album.

Starrah has been around for a while now. You might recognize her name from guest features with Diplo, Big Sean, or Charli XCX, but mostly she’s been a behind-the-scenes fixture, racking up writing credits on songs by Rihanna, Drake, Nicki Minaj, Calvin Harris, and many more. She’s also been a part of the writing team… 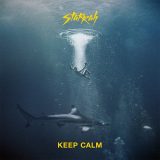