Which Oscar-Winning Actor Is The Best Rapper? A Ranking 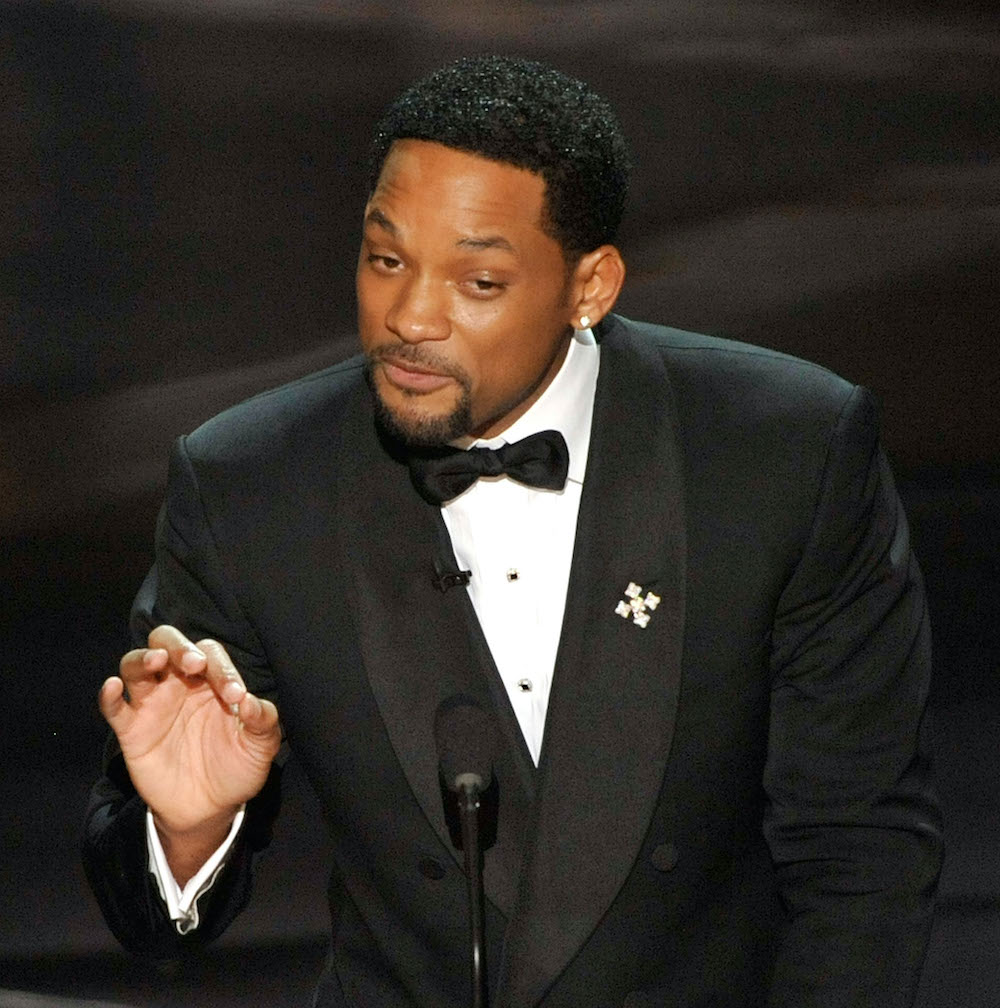 Look, there are things happening in rap music right now. I could write a column about the new R.A.P. Ferreira album, the new Big Yavo album, or the new Your Old Droog album. I could write about the tragic death of Young Dolph, or, for that matter, about the tragic death of rap-adjacent designer Virgil Abloh. I don’t want to do any of those things. I got my booster shot last night, so I feel like ass, and I don’t want to think too deeply about anything. So let’s get goofy with it.

Aesop Rock Is Unstuck In Time

Aesop Rock first rapped over a Blockhead beat 24 years ago. At least, that was the first time that Aesop Rock rapped over a Blockhead beat on record. The Long Island rapper and the Manhattan beatmaker had become friends a few years earlier at Boston University. By the time Aesop self-released his 1997 debut album Music For Earthworms, Blockhead had already dropped out of college, though Aesop was still there. (He’d graduate a year later.) When Aesop made Music For Earthworms, he hadn’t yet become a name on the underground rap scene, and that underground rap scene — Stretch & Bobbito freestyles, 12″ singles sold at Fat Beats — wasn’t anywhere near as big as it would become a few years later. Aesop produced most of that album himself, but on the song “Plastic Soldiers,” he applied his darting, word-drunk flow to Blockhead’s mournfully stuttering violin loop.

Key Glock’s Memphis Rap Bangers And The Restoration Of Faith

Is there a rap music community? There was. For decades, as rap grew in popularity, it sprouted different strains and sounds and subgenres. Rappers feuded bitterly with each other, sometimes with deadly results, but they all seemed to belong to the same general world. Since rap music has become the dominant form of global pop music, that’s been gone. I’ve been thinking about this after the Astroworld atrocity. The way the Astroworld Festival was put together was about branding, not about community. Travis Scott built his own brand on raging-out catharsis and corporate partnership, two things that seem like they should be mutually exclusive. He came from Houston, and he threaded his music with nods to Houston aesthetics, but he never seemed like a Houston rapper. Instead, Scott seemed to spring fully-formed from the circa-2013 rap-internet zeitgeist. He translated his own branding into pop dominance. But Scott and the money men behind him didn’t put enough money and effort into caring for the people who came to his festival, and now people are dead and dying.

The term “mixtape” has meant a lot of things over the past few decades. Once upon a time, mixtapes were literal cassette tapes put together by DJs. The big-name DJs might have exclusive drops or verses or remixes; the others just had to show off by combining hot tracks as compellingly as possible. Later on, “mixtape” just became a term for any rap album that was available for free on the internet. These days, when every piece of music is available for basically-free on the internet, the difference between mixtapes and albums is entirely semantic. “Mixtape” is now a useful term of art for any rapper who needs to communicate the idea that a new album is a minor work and that it should not be judged too harshly.

JPEGMAFIA Won’t Let You In

Arn Anderson was not happy, and he wanted to get something off his chest. Four weeks ago, Anderson, the long-retired pro wrestling great, was in the middle of the ring on AEW Dynamite. For a while, Anderson had served as a kind of coach figure for Cody Rhodes, the son of Anderson’s late arch-enemy Dusty. But Anderson was worried that Cody was getting soft, and he made that point as forcefully as he could. In the middle of the ring, in front of an arena full of hooting fans, Anderson described a carjacking scenario and said that Cody would meekly give up his keys if confronted by a man with a gun. Arn himself, however, would respond differently: “You know what I’d do? I pull out the Glock, put it on his forehead, and spill his brains all over the concrete! I’m Arn Anderson and all that that implies! And I’ll be damned if I’m gonna coach a loser!” 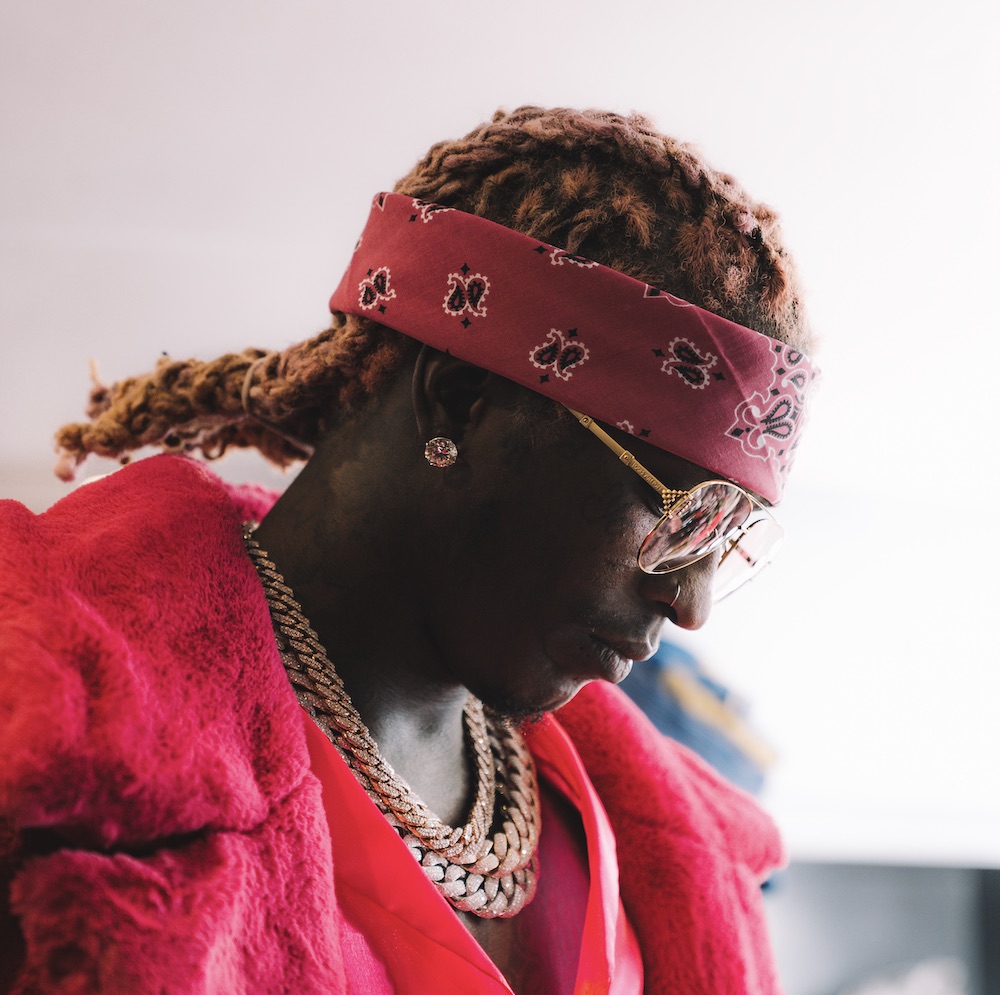 Everything About The Rock’s First Official Rap Verse Is Funny

I can still remember hearing that Wyclef Jean was going to have the Rock on his single. This was 21 years ago, when Dwayne “The Rock” Johnson was on his fourth or fifth reign as WWF World Champion. The Rock wasn’t a movie star yet — he’d make his debut as a terrible CGI effect in The Mummy Returns a year later — but he already seemed like he might be the coolest person on earth. The Rock had been a shit-talking, egocentric heel who’d become a crowd favorite simply because he was so good at egocentric shit-talk. I would watch Monday Night Raw with a bunch of other dorm cafeteria workers, and everyone would yell at the TV when the Rock wasn’t on. As in: “Put the Rock back on!” The man seemed like he could do anything. Was the Rock going to rap? Did Wyclef know something that we didn’t? It seemed vaguely plausible. After all, egocentric shit-talk is a pretty important skill for just about any rapper to possess, and the Rock had that.

The $uicideboy$ Circus Comes To Town

Wiki & Navy Blue Are In The Zone

Once upon a time, virtually every rap album only had one producer. In the ’80s and early ’90s, rappers and producers typically found one another, and then they bunkered up and went to work. The current landscape of emailed beat packs and albums constructed to check certain boxes isn’t necessarily the natural order. That’s a big part of the reason why the recent boom in single-producer rap albums has been so great. In the best of those albums, rappers and producers lock in on an aesthetic and then explore that vibe. (Some producers are better at developing that vibe than others. It’s not exactly a surprise that Haram and Bo Jackson, two of 2021’s best album, both share the same producer.) Too often, though, rapper/producer collaborations can feel a bit like idle wheel-spinning experiments — exercises to fill time. I was afraid that Wiki and Navy Blue’s new album would turn out like this. I shouldn’t have worried.

In the movie Home Alone, an eight-year-old kid turns his house into a nightmare hellscape of inhuman-torture booby traps. This requires serious suspension of disbelief. If you’re a kid watching Home Alone, it’s a fantasy. If you’re an adult, you can’t help but notice that the booby traps are the work of set designers, stunt teams, and special-effects people. Kids can’t do all that on their own. Baby Keem’s whole story is a bit like that.