German computer-pop greats the Notwist haven’t released new music since their Sub Pop-abetted 2014 comeback album Close To The Glass. But they’ll drop a new EP called Ship in August via Morr Music — billed as the precursor to a new LP — and today we’re hearing its title track. 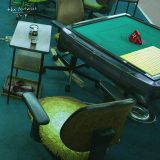