English rock band the Hunna want you to know that you aren’t alone with their newest single “Bad Place.” “Bad Place” is the band’s way of opening a dialogue focused around emotional well-being and mental health. The Hunna have also joined forces with Project Healthy Minds and Mental Health Resources Inc. for the release ahead […]

Between the likes of Snow Patrol, Biffy Clyro and beyond, Scotland set some solid roots in the ’90s mainstream alternative explosion. Don’t mistake its prominence in the music scene as a thing of the past, though. The country has been churning out new powerhouse bands well into the modern era. Though relatively small compared to other alternative hubs such as the […]

What’s better than a new track by one of your favorite artists? That’s easy: a collaboration between multiple favorites. Despite all odds, 2020 has proven to be the year of collabs. From MGK and Halsey‘s shared pop-punk debut to FEVER 333 and Run-DMC‘s “ANIMAL“ remix and merch line, we’ve been consistently surprised by some great team-ups. […]

The post Here are 10 of the most unexpected collabs to come from 2020 appeared first on Alternative Press.

UK grunge rockers The Hunna release a new rework of “Lost” featuring hip-hop artist and 300 Entertainment labelmate, OMB Peezy. Perfectly encapsulated by the song’s booming instrumentation and impassioned vocals, “Lost” is about The Hunna’s experience of feeling trapped in their emotions with no salvation in sight. Originally released on their latest album, I’d Rather Die Than Let You In, The Hunna have enlisted OMB Peezy to put his own spin on the track. Over a resounding drum line, OMB Peezy uses his potent stylings to echo the band’s frustrations around demands and expectations set before them. Though this is The Hunna’s first collaboration with a hip hop artist, the fusion of their sounds is polished and striking.   For more, go to: TheGirlsAtTheRockShow.com (Source)

40 new artists you need to hear in October

Everyone loves to jam out to their favorite artists and classic hits, but let’s not forget about all the fresh talent constantly popping up around the world. From pop and indie to punk and post-hardcore, there’s always a new name in music waiting to be heard.  We know there’s a lot of faces to sift […]

The post 40 new artists you need to hear in October appeared first on Alternative Press.

The Hunna return with an anthem for the youth “Young & Faded”

The Hunna releases new single, “Young & Faded” off of their highly anticipated forthcoming album I’d Rather Die Than Let You In, out October 2nd. On the track, the band’s intoxicating vocals, pounding drums, and resonant guitar lines shine throughout, resulting in a hard-hitting song that will instantly transport listeners to the moshpit.  The track bounces between refined, filtered verses and a massive-sounding chorus, creating a captivating listen.  “Young and Faded” is all about being unapologetic and passionate about your beliefs and not letting others sway your perspective. This song is a mesmerizing ode to the youth and serves as an exciting preview to The Hunna’s upcoming album release next month.  The Hunna describes the inspiration behind “Young & Faded”  “This song is about the youth today and the perception and outlook that the older generations have. There’s been lots of comments and news reports proclaiming that the youth are mind numb and angry from video games, that they have no respect for others, that they’re selfish, ungrateful, that they’re a broken and lost generation compared to those before. The song is also about and more importantly is from the view of the youth, how they feel cast out by so many due to misunderstanding or not wanting to understand. This […] For more, go to: TheGirlsAtTheRockShow.com (Source)

We need a live show from these guys RIGHT NOW! Continue reading… 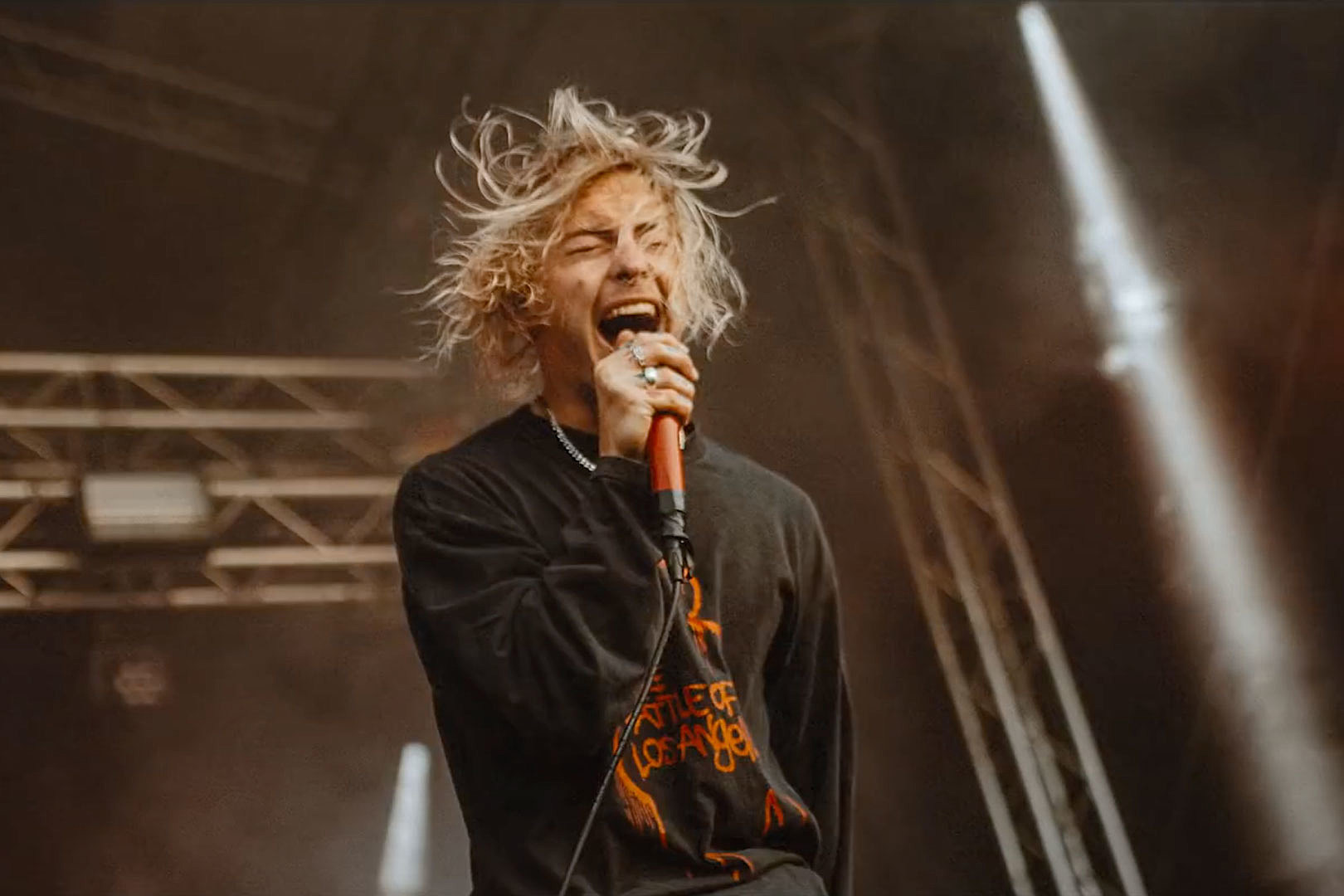 The Hunna has released a new single, “I Wanna Know” off of their highly anticipated forthcoming album I’d Rather Die Than Let You In. On the track, The Hunna bring their energy and bangin’ sonics from the opening lyrics to the epic drum solo at the end. The single chronicles the thrilling whirlwind of new love and infatuation, taking listeners on an exciting ride. “I Wanna Know” lends itself particularly well to a live show, and on tour, the band chose to close out recent sets with this track because of its undeniable ability to energize the crowd. The music video captures the electric energy felt at a The Hunna show. With its vibrant, guitar-heavy sound, “I Wanna Know”  will make listeners hopeful for the days we’ll be able to jump around in a crowd again.  About “I Wanna Know”, Ryan explains,  “I wanna know is up there for us with one the best songs we’ve ever written, it’s high octane all the way through and doesn’t let up, it’s kind of our motley crüe moment on the album. we played it on tour before we’d even started recording the album from a demo we did with feldy and it was insane everytime! it’s story comes from a place of extreme lust & infatuation […] For more, go to: TheGirlsAtTheRockShow.com (Source)

[Photos by: Glades/Katia Temkin, The Hunna/Travis Shinn] You’re welcome: We’ve made finding new songs by rising bands easy. Each week, we’re gathering the best from the underground and offering it to you in one concise list. Scroll below and check out our Spotify Discover playlist, featuring these tracks and more! In return, we want to […]