“The worst year of my life concludes with the best album of my life,” the singer says For more, check out: RollingStone.com (Source)

25 Years Ago: ‘The Simpsons’ Rocks Out With ‘Homerpalooza’ 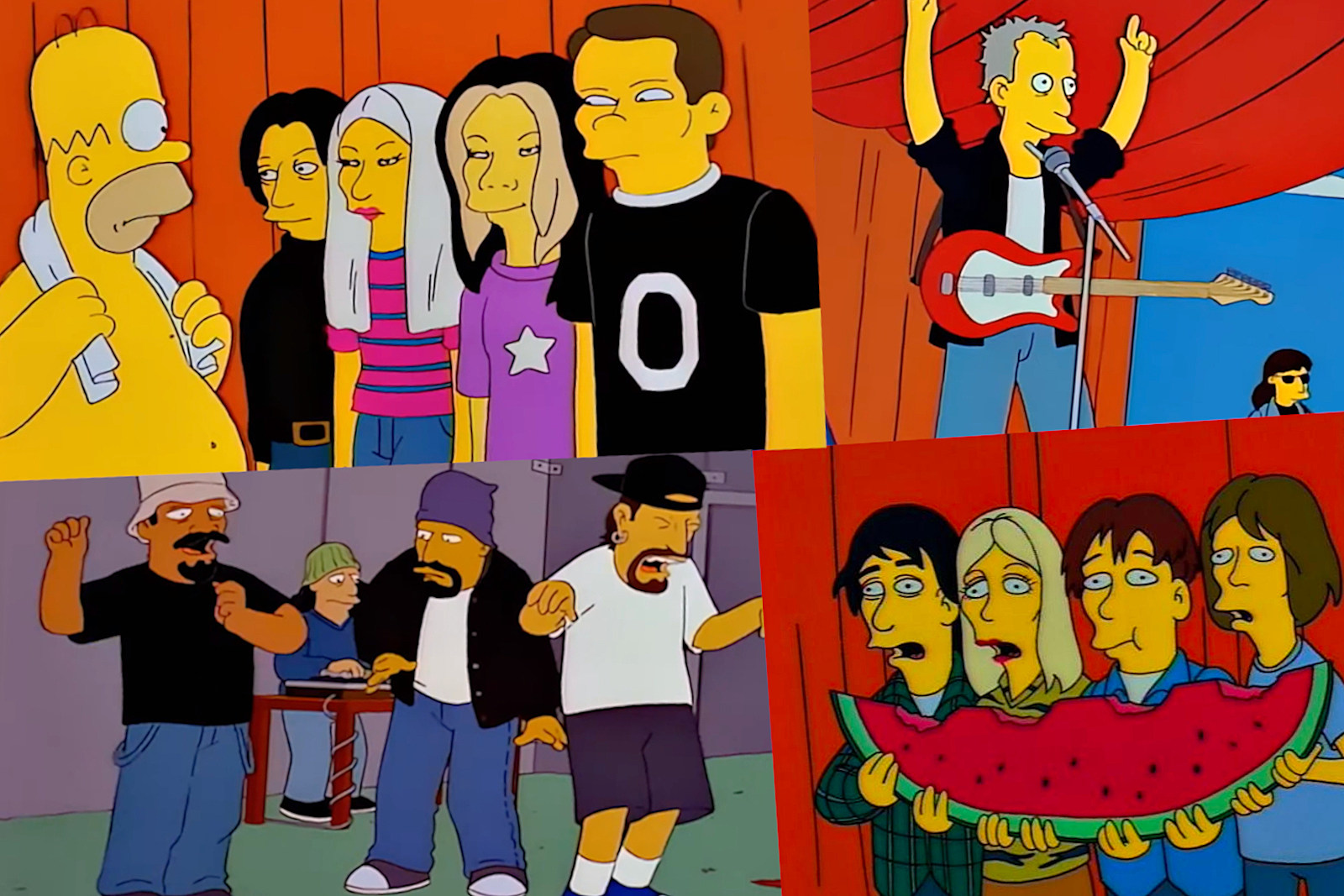 Morrissey-Inspired Simpsons Parody “Everyone Is Horrid Except Me (And Possibly You)” Officially Released: Stream

Written by Bret McKenzie of Flight of the Conchords and performed by Benedict Cumberbatch.
Morrissey-Inspired Simpsons Parody “Everyone Is Horrid Except Me (And Possibly You)” Officially Released: Stream
Eddie Fu For more, check out: ConsequenceOfSound.net (Source)…

Last month, The Simpsons aired their Morrissey-inspired episode, which ended up drawing the ire of Morrissey himself after it depicted him as an overweight racist.

Track appeared in recent episode featuring a parody of the Smiths singer, voiced by Benedict Cumberbatch For more, check out: RollingStone.com (Source)

Kathleen Hanna’s Tees4Togo highlights the space between art and activism

Kathleen Hanna led the charge of the riot grrrl movement and helmed pioneering bands, including Bikini Kill, Le Tigre and the Julie Ruin. Aside from being a trailblazer in the music community, she has also been a formidable political activist for over 30 years, taking a strident public stance against sexism, homophobia, transphobia and white […]

In real life, he’s quite a bit different than the obese, meat-loving Quilloughby from the Simpsons universe For more, check out: RollingStone.com (Source)

Morrissey on ‘Simpsons’ Mockery: ‘In a World Obsessed With Hate Laws, There are None That Protect Me’

Singer writes that animated show’s “hatred” is “obviously a taunting lawsuit, but one that requires more funding than I could possibly muster in order to make a challenge” For more, check out: RollingStone.com (Source)

Over the weekend, The Simpsons aired an episode called “Panic On The Streets Of Springfield” inspired by Morrissey. It found Lisa falling in love with a band called the Snuffs and their lead singer Quilloughby, voiced by Benedict Cumberbatch. Ultimately the episode was a spoof of Morrissey’s fall from grace in recent years, and naturally Morrissey, who is often offended and often has opinions, felt burnt by this. Earlier today, some comments came out that were later attributed to his manager, blasting the episode.