Watch Feist Perform With The Tragically Hip At The Junos

The Tragically Hip, Canadian national heroes, gave their last performance, a grand sendoff at Rogers K-Rock Centre in Kingston, in August of 2016. At the time, frontman Gord Downie had terminal brain cancer. Upon learning of Downie’s diagnosis, the Hip headed out on a farewell tour of Canada. Downie kept making music, both with his band and solo, after that tour, but the final show, by all accounts, was special. Downie died in 2017 at the age of 53. Last night, though, the Tragically Hip performed one song without him, with their friend and fellow Canadian Feist standing in.

Canada’s iconic group the Tragically Hip have returned with Saskadelphia, a surprise album made up of unreleased material from 1990. It’s the band’s first album since vocalist Gord Downie died of brain cancer in 2017, though a posthumous Downie solo LP called Away Is Mine emerged last fall.

Track is off late Tragically Hip frontman’s posthumous LP, Away Is Mine For more, check out: RollingStone.com (Source)

In October of 2017, after a long and genuinely moving public farewell, Gord Downie, frontman of the Tragically Hip and Canadian national hero, died of brain cancer at the age of 53. Reading a statement about Downie’s passing, Canadian prime minister Justin Trudeau broke down crying. Since Downie’s death, there has been one posthumous album:… 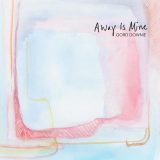 “Hotel Worth,” “Useless Nights” will appear on Away Is Mine, out in October For more, check out: RollingStone.com (Source)