Last year, the xx’s Romy Madley Croft, recording simply as Romy, released her debut solo single, the absolute banger “Lifetime.” Romy also announced that she was working on her first solo album, and we don’t know what’s going on with that. But right now, we get to hear her reinterpreting a couple of ’90s dance-pop jams as solo lullabies. That’s pretty great, too!

Wolf Alice are back with highly-anticipated album ‘Blue Weekend’—listen

Indie giants Wolf Alice have released their otherworldly new album Blue Weekend. Each track on this LP further cements the English rockers as one of the most dynamic quartets currently making music. As typical for Wolf Alice, their transcendental album features a crossroad of skillful instrumentation and dramatic lyrical themes. While they’ve been compared to […]

The post Wolf Alice are back with highly-anticipated album ‘Blue Weekend’—listen appeared first on Alternative Press.

The xx’s Romy Madley Croft has been working on her debut solo album. She announced it on Instagram Live back in April, saying that it would be a “lot more upbeat … not exactly going to be guitar music, but it’s going to be fun,” and performing a new song called “Weightless.” And today, she’s… 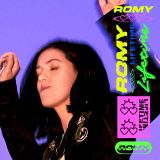 G-Eazy Is Now Out Here Covering Bob Dylan & The xx

Last month, G-Eazy made the, um, curious choice to cover Radiohead and the Beatles. The Oakland rapper is at it again. He’s just put out two more covers. One is of Bob Dylan’s “Don’t Think Twice, It’s All Right,” from 1963’s The Freewheelin’ Bob Dylan. The other is of the xx’s “VCR,” from their debut […]

The xx’s Romy Madley Croft went on Instagram Live on Sunday to perform from her home. She announced that she was working on her debut solo album, though didn’t give a timeline for its release. She said that it’s going to be a “lot more upbeat” and that it’s “not exactly going to be guitar […]

Jamie xx has shared a new song today, “Idontknow.” It’s his first new single since the release of his 2015 debut solo album, In Colour. The xx member has been pretty quiet over these last few years, but earlier this month he popped up on a new mixtape from drill rapper Headie One and producer […]