Hawthorne Heights’ debut album, The Silence In Black And White, came out on June 1, 2004. That same month, My Chemical Romance released Three Cheers For Sweet Revenge, Underoath dropped They’re Only Chasing Safety, and From First To Last debuted with Dear Diary, My Teenage Angst Has A Bodycount. By summer’s end, new albums by the Used and Senses Fail would also hit the CD shelves of Hot Topic outlets across the country. Every one of those albums would chart on the Billboard 200. Screamo, once the domain of heady, introspective bands like Pg. 99 and City Of Caterpillar, had somehow become pop music.

Far Behind On Candlebox’s Career? This Interview Will Catch You Up.

Starting out in the early-’90s grunge scene, Candlebox lead singer Kevin Martin didn’t feel like a soon-to-be rock star. “I wasn’t living the lifestyle of the other Seattle musicians,” he tells me over Zoom from his home in Los Angeles. “I wasn’t a bike messenger like [Pearl Jam’s] Jeff Ament was, and I didn’t work at a coffee shop like half the other musicians in Seattle did. I worked at a shoe store. Then I went and worked at a really nice shoe store and I had to wear suits and nice shoes and stuff.”

Fuel Is In Carl Bell And Kevin Miller’s Hands Again

If you were listening to Top 40 radio in the late ’90s to early ’00s, you couldn’t miss Fuel. Founded by guitarist and primary songwriter Carl Bell and drummer Kevin Miller in Harrisburg, Pennsylvania, Fuel became one of the more prominent rock acts of the post-grunge era, borrowing aesthetic elements from Northwest icons Soundgarden, Pearl Jam, and Alice In Chains but imbuing their songs with a slicker, modern twist. With a lineup cemented by then-lead singer Brett Scallions, Fuel enjoyed an incredibly successful run of singles, from the jangly banger “Shimmer” to the howling number one anthem “Hemorrhage (In My Hands).” Come 2004, Fuel even nabbed a Grammy nod for their third album, 2003’s Natural Selection, which memorably housed hits like “Falls On Me” and “Won’t Back Down.”

When Debbie Gibson signs onto Zoom from her residence in Las Vegas, she looks immaculate — hair and makeup fully done, almost as if it’s 8:30PM instead of 12 hours earlier. There’s an array of miscellaneous, career-spanning knick-knacks behind her, everything from the usual framed platinum records to a sprawling grand piano, plus an orange throw pillow with the Nickelodeon logo splashed across the front (she hosted the Kids’ Choice Awards in 1988). I can’t resist asking: Has Gibson seen Hacks? She hasn’t, but it’s on her list. “Delivering this album has kind of prevented me from watching a whole lot of anything lately,” she says.

Kreayshawn Looks Back On “Gucci Gucci” 10 Years Later: “The Whole Thing Was Just A Concoction For Trauma”

It would not be a stretch to say that Kreayshawn is traumatized by “Gucci Gucci,” her viral 2011 hit that earned more than three million YouTube hits just weeks after hitting the platform. It looked from the outside like a music industry fairytale — little-known rapper from East Oakland strikes internet gold, signs a million-dollar record contract, is flown all over the world, and gets juicy cover stories in Complex and Nylon. All of these things did happen to Kreayshawn, born Natassia Zolot. It just wasn’t the life she wanted.

Jane Birkin On Grief, Jealousy, And Her Most Personal Album Ever

Mike Doughty may have left Soul Coughing two decades ago, but Soul Coughing never really left him. On his brand-new EP with bassist and longtime collaborator Andrew “Scrap” Livingston, Doughty has purposefully sought to revive his alt-jazz-rock project, which was famously born out of the ‘90s underground jazz scene in New York and resulted in… 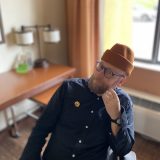 Patty Smyth On Turning Down Van Halen, Getting Patti Smith’s Mail, And Releasing Her First New Music In 28 Years

My phone call with Patty Smyth is cut off just as the former Scandal singer starts talking about living on the same East Village street as her name-doppelgänger Patti Smith in the ’70s. “I was getting Patti Smith’s mail, and I didn’t know who that was at that time,” she says before the line abruptly… 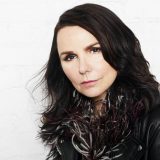