Japanese math-rock quartet Tricot are gearing up to release a new album called 10 in honor of the band’s 10th anniversary. They’ve already shared two tracks from it, “おまえ” (“Omae”) and “サマーナイトタウン” (“Summer Nights Town”), and now they’re back with a third, “Warp.” Listen to all three songs below. 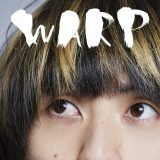