Are NFTs The Future Of Digital Music Or Just Crypto Snobbery?

The electronic producer 3LAU (pronounced “Blau”) makes bubbly, melodic EDM that packs stadiums; next month, he’s set to headline one of Red Rocks’ first concerts since the massive Colorado venue’s closure due to COVID last year. But despite his outsized fanbase, the 26-year-old musician made headlines last week not for his music, but for its mode of distribution and the enormous payout he received as a result. In one of the first exchanges of its kind, 3LAU “minted,” or released, music on the Ethereum blockchain as a non-fungible token, or NFT.

Dua Lipa already brought the dance club to your living room with her recent album Future Nostalgia, which we named one of the best albums of the year so far. And it’s only getting clubbier with her new full-length remix album Club Future Nostalgia, spearheaded by Blessed Madonna, the DJ and producer formerly known as… 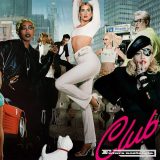 Back in March right after the world shut down, Dua Lipa released her great new album Future Nostalgia — an album certainly meant for a different kind of summer when we’d all be able to congregate together. That didn’t stop Future Nostalgia from becoming one of our favorite albums of the year so far, and… 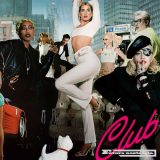 You’ve seen the memes. It’s only been five months and 2020 has already been a historical shitshow of a year. Thousands and thousands died while the rest of us slowly lost our minds in lockdown. And then, just as things finally seemed to be returning to some shattered semblance of normalcy, cities all over the […]

The 5 Best Songs Of The Week

Every week the Stereogum staff chooses the five best new songs of the week (the eligibility period begins and ends Thursdays right before midnight). This week’s countdown is below, and you can listen to a playlist of all our 5 Best Songs on Spotify. If there’s any silver lining to what’s going on in the […]

Today, Yaeji has finally released her new WHAT WE DREW 우리가 그려왔던 mixtape, her first full-length project after years of exciting-as-hell singles, EPs, collaborations, and remixes. It is, as expected, very good. And to celebrate the release, the NYC-via-Seoul house-pop auteur is keeping up with the zeitgeist by hosting a livestream. Or, rather, “a live […]