For about six years, the Boise space cadet Trevor Powers recorded ambitious and psychedelic indie rock under the name Youth Lagoon. In 2016, Powers retired the Youth Lagoon project. (You can’t really say Youth Lagoon broke up, since it was never really a band.) Soon afterward, Powers began putting out music under his own name. 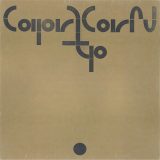