Up until now, Mississippi was the last state to still fly a flag featuring a Confederate emblem. Following the backlash, state lawmakers voted to create a new flag for the Southern state. Now, The Satanic Temple is giving its input on the new flag’s design. The Satanic Temple wants the new Mississippi flag to include […]

The post The Satanic Temple wants new Mississippi flag to say “In Satan We Trust” appeared first on Alternative Press.

It looks like Mr. Solo Dolo and Mr. Slim Shady have some big plans this Friday. Enlisting his daughter Vada for a video reveal on Wednesday, Kid Cudi announced on Twitter that a new collaboration with Eminem, “The Adventures of Moon Man and Slim Shady,” is set to drop on Friday. … 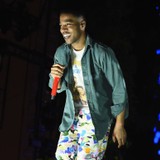 Mark Hoppus is back at it on Twitch again. Hoppus has been hosting various livestreams on the platform over the past few weeks amid the coronavirus pandemic. Now, he is bringing some of blink-182‘s classic work to the video game The Last Of Us II. Hoppus shared a video of him performing an acoustic rendition […]

The post Watch Mark Hoppus play blink-182’s “Dammit” in ‘The Last Of Us II’ appeared first on Alternative Press. 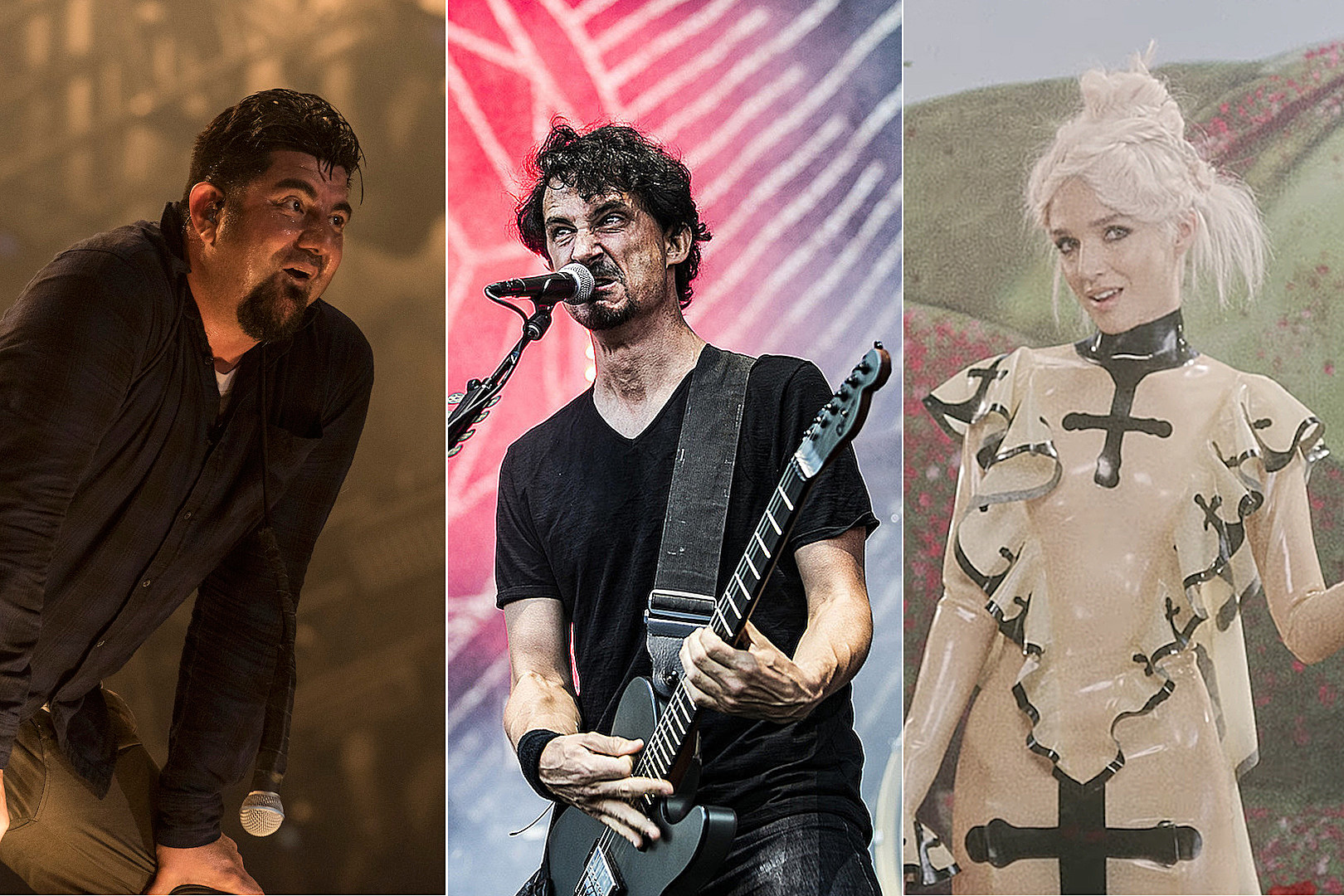 Check out the new video by Liar, Flower!

Today, we are excited to debut the new video by Liar, Flower!Liar, Flower is the latest incarnation of the group Ruby Thorat and includes KatieJane Garside and Chris Whittingham. As per the duo’s former project, Liar, Flower makes their trade in decidedly aggressive post-punk. The band flips between abrasive, off-kilter rhythms and white hot raw power. “Even through the darkest days” finds the band pushing this strategy forward, at times pushing the track into punishing redline and at others, drifting into lullaby melodies. It’s far out. Geiger Counterwill be released as a 2×12-inch vinyl, as a CD deluxe package, as well as a standard CD version on August 21st via One Little Indie Records. You can check out “Even Through the Darkest Days,” below, right now!

X Roll Back the Years in ‘Alphabetland’ Video

Punk legends X are back in their new video for “Alphabetland.” Sort of. The video, which is directed by Danny Trejo’s son Gilbert, stars members of Skating Polly and Starcrawler as Exene Cervenka, John Doe, Billy Zoom, and DJ Bonebrake, respectively. But don’t worry, the song itself — which serves as… Back in 2019, Halloween fans learned that two back-to-back sequels of the franchise were in the works – Halloween Kills and Halloween Ends. Now, it has been announced that Halloween Kills‘ 2020 release is delayed until next year due to the coronavirus pandemic. As well, other highly anticipated horror films including Candyman and Forever Purge are […]

The money is going to help support crew who would have been on tour with them. Continue reading… 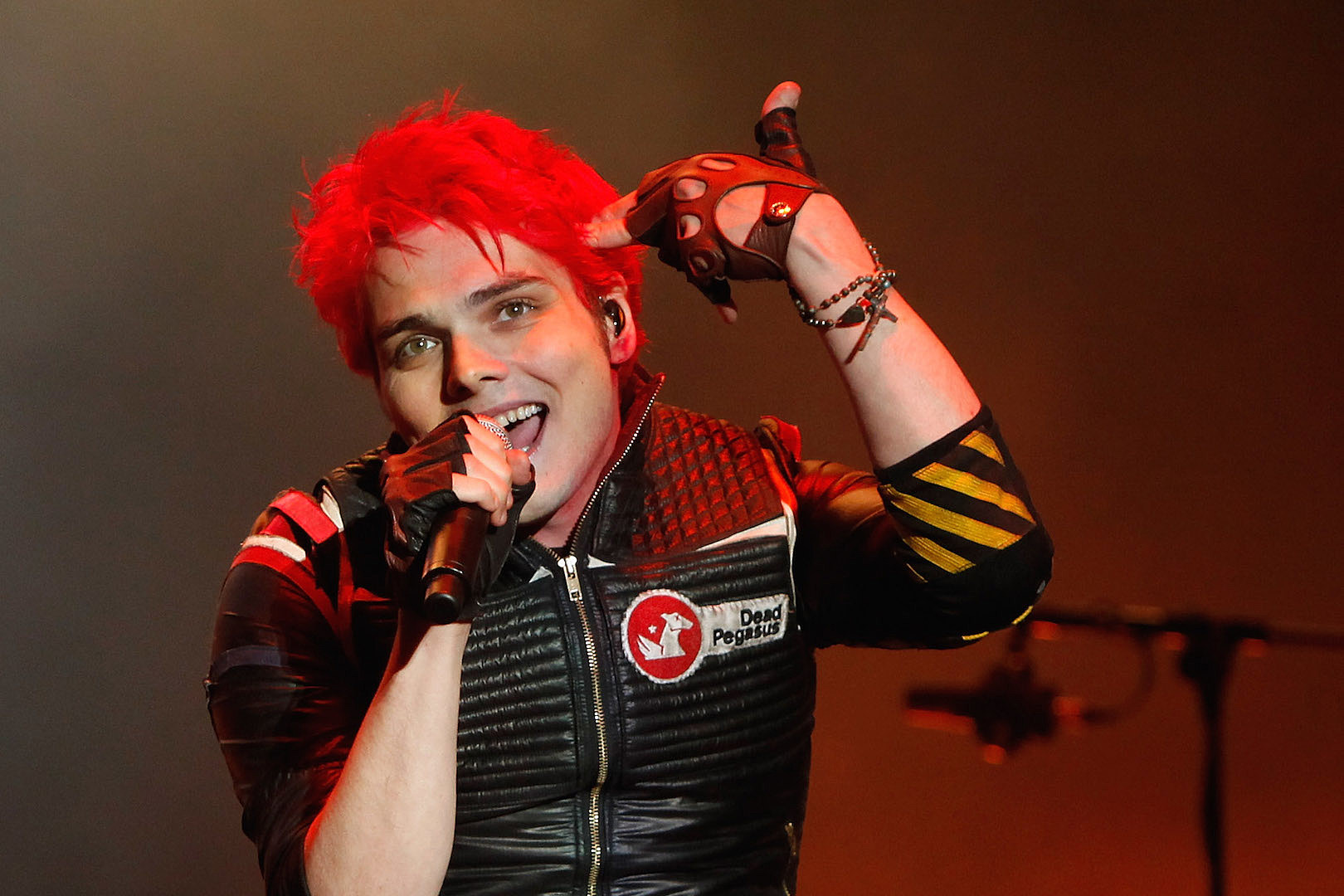 Napalm Death are going to release a new album. It’s called Throes of Joy in the Jaws of Defeatism and it’s slated for a Sept. 18 release via Century Media Records. Napalm Death vocalist Mark ‘Barney’ Greenway stated in a press release: “The phrase sticking in my mind when I started thinking about the lyrical direction for this album was ‘the other.’ You could recognise at the time that there was a rapidly growing fear and paranoia being generated about everybody, from migrating people to people with fluid sexuality and this was starting to manifest itself in very antagonistic reactions that you felt were almost verging on violence. Not everybody resorts to such reactions of course, but even the basic lack of understanding can become toxic over time. I’m not saying that this is an entirely new phenomenon, but it has been stoked in recent history by some particularly attack-minded people in more political circles and, as ever, I felt that it would be the natural antidote to endorse basic humanity and solidarity with all. The artwork specifically uses a white dove as a centrepiece, which of course is a commonly recognised symbol of peace and cooperation. The dove has been mauled very violently by a sterilising hand and in death appears particularly broken and bloodied. However, through the violence you can see an equality symbol in blood on the chest of the dove, which perhaps demonstrates – visually at least – that equality cuts through in the end. A positive amidst many negatives then, much like the album title itself being a bit of an oxymoron – the celebration of humanity even in the mangling jaws of negativity.”

After three postponements, Yellowcard‘s $15 million infringement lawsuit against late rapper Juice WRLD is resuming this month. The lawsuit’s last postponement was due to the ongoing coronavirus pandemic which prevented the search for an executor. Read more: Hear a new Gerard Way song in the ‘Umbrella Academy’ season 2 trailer In Oct. 2019, Yellowcard filed […]

The post Yellowcard’s lawsuit against Juice WRLD is resuming for the third time appeared first on Alternative Press.